Conflict Kitchen, founded in 2010 by Jon Rubin and Dawn Weleski, was a restaurant in Pittsburgh that served cuisine from countries with which the United States is in conflict. Each Conflict Kitchen iteration was augmented by events, performances, publications, and discussions that sought to expand the engagement the public has with the culture, politics, and issues at stake within the focus region. The restaurant rotated identities in relation to geopolitical events. Since the opening in 2010, the restaurant had introduced the cuisines of Iran, Afghanistan, Cuba, North Korea, Venezuela, and Palestine. Kubideh Kitchen, the first iteration of Conflict Kitchen, was an Iranian take-out restaurant that served kubideh in freshly baked barbari bread with onion, mint, and basil. The sandwich was packaged in a custom-designed wrapper that included interviews with Iranians both in Pittsburgh and Iran on subjects ranging from Iranian food and poetry to the current political turmoil. Kubideh Kitchen Skype Meal, conceived by Sohrab Kashani and Jon Rubin was a meal held simultaneously in Pittsburgh and Tehran, where diners in both cities sat around long tables that were joined via webcam: an international dinner party. Each city prepared the same exact recipes and shared food and conversation. Guests at both cities were seated at tables that extended into a live projected video of the other table and an Iranian meal in the other city. Conflict Kitchen and Sazmanab held the second annual live city to city dinner party. This event will be filmed by Al Jazeera for distribution on Arabic language channels. Venue: Sazmanab (Sazman-e Ab St.), The Blue Room of the Shadow Lounge [Pittsburgh] Saturday, April 28, 2012 – 8:30 PM (Tehran) Saturday, April 28, 2012 – noon (Pittsburgh) 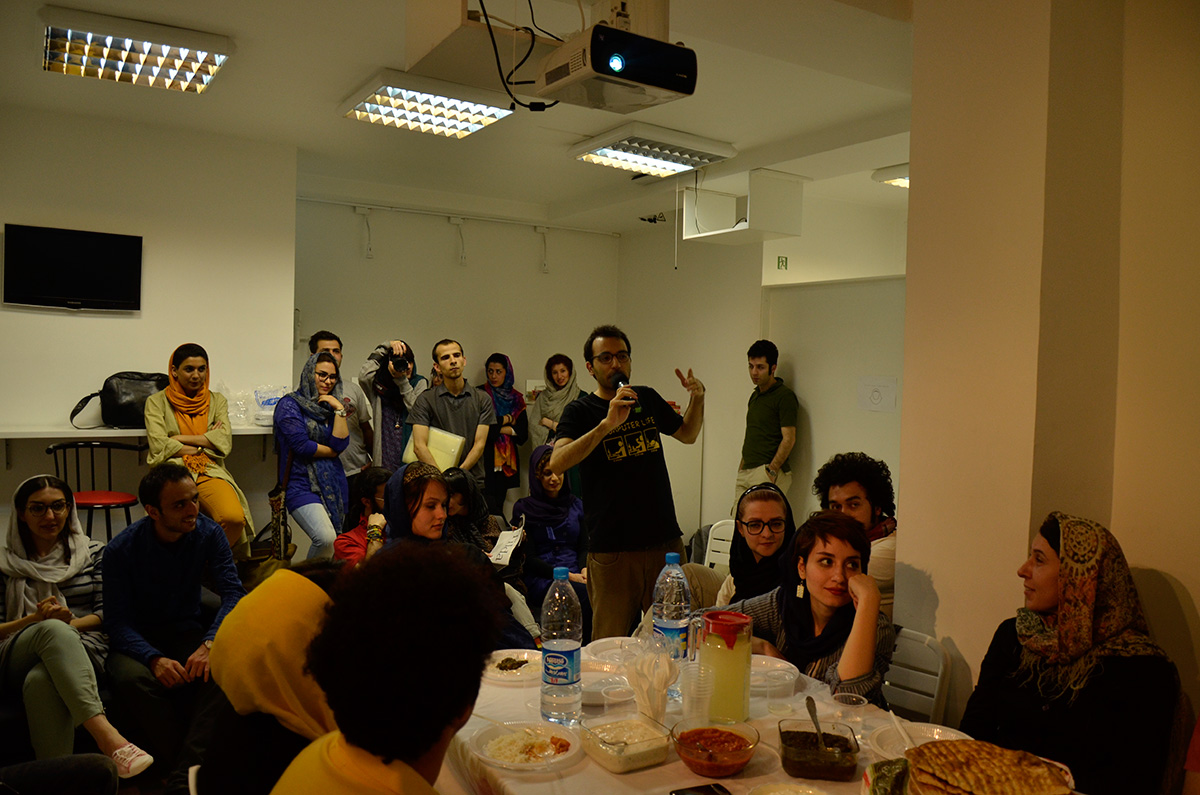 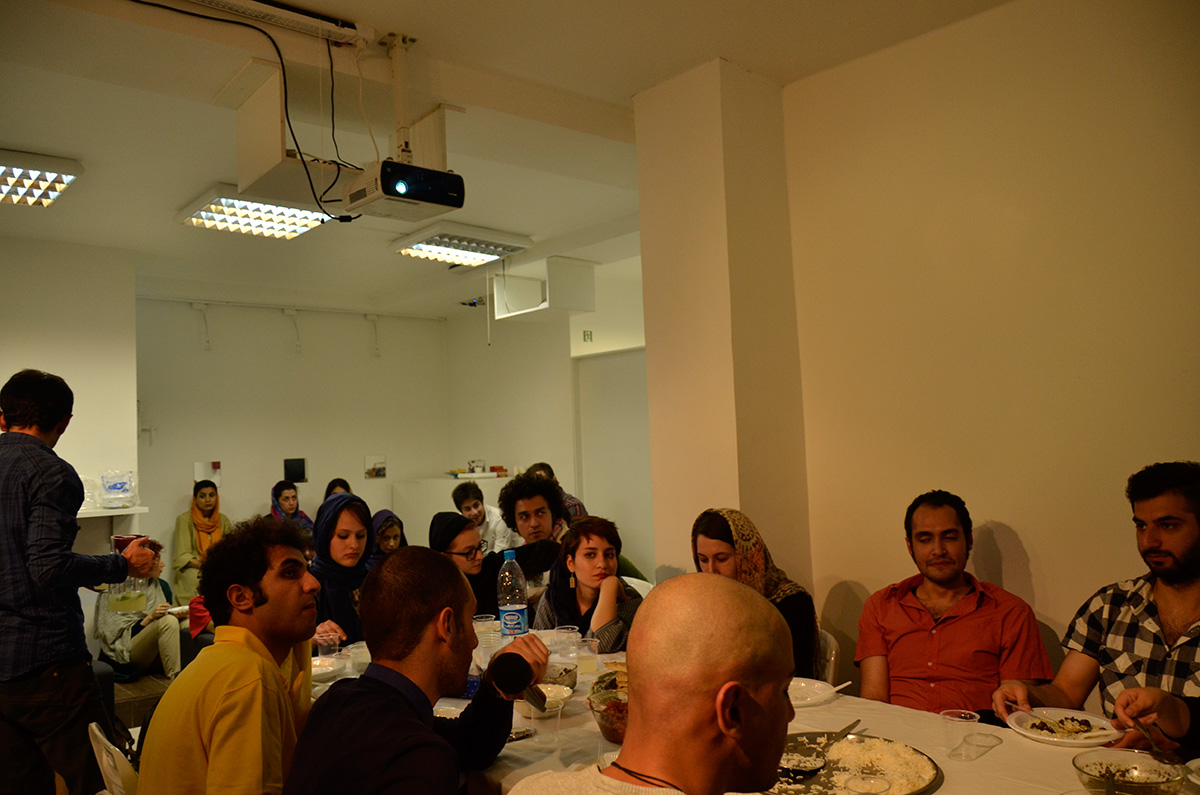 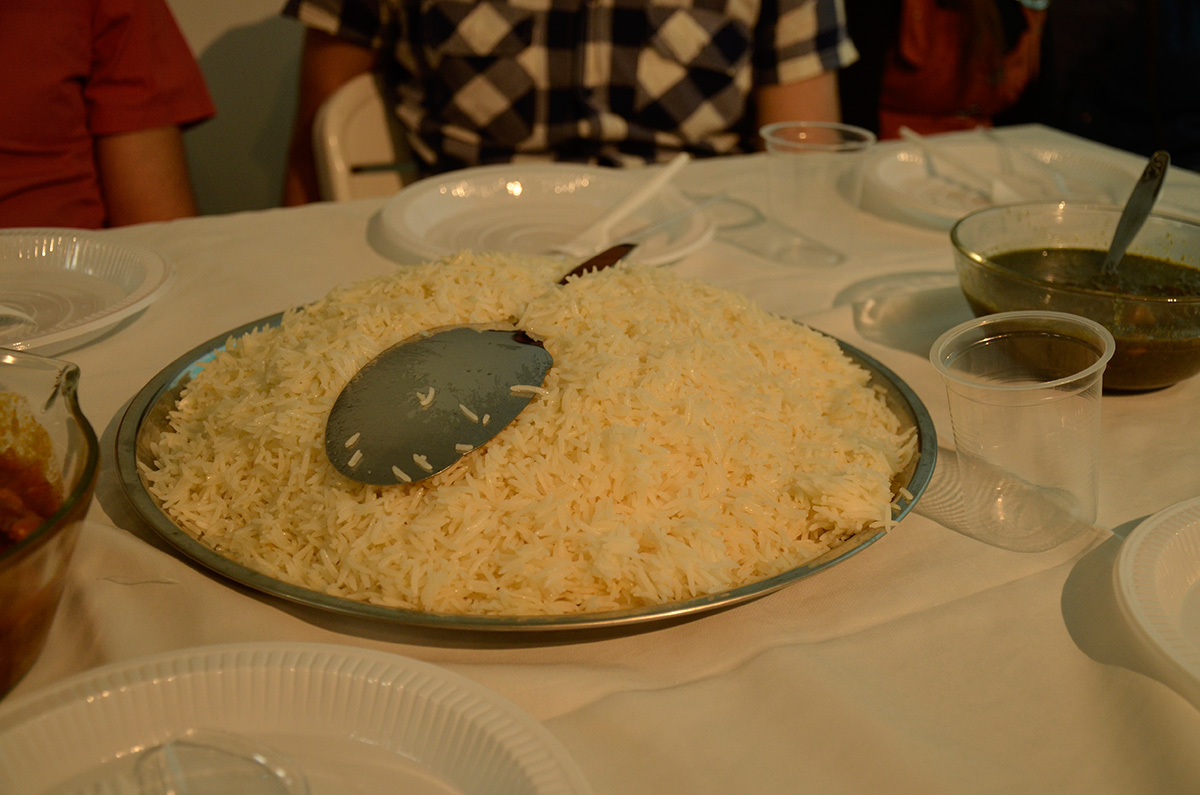 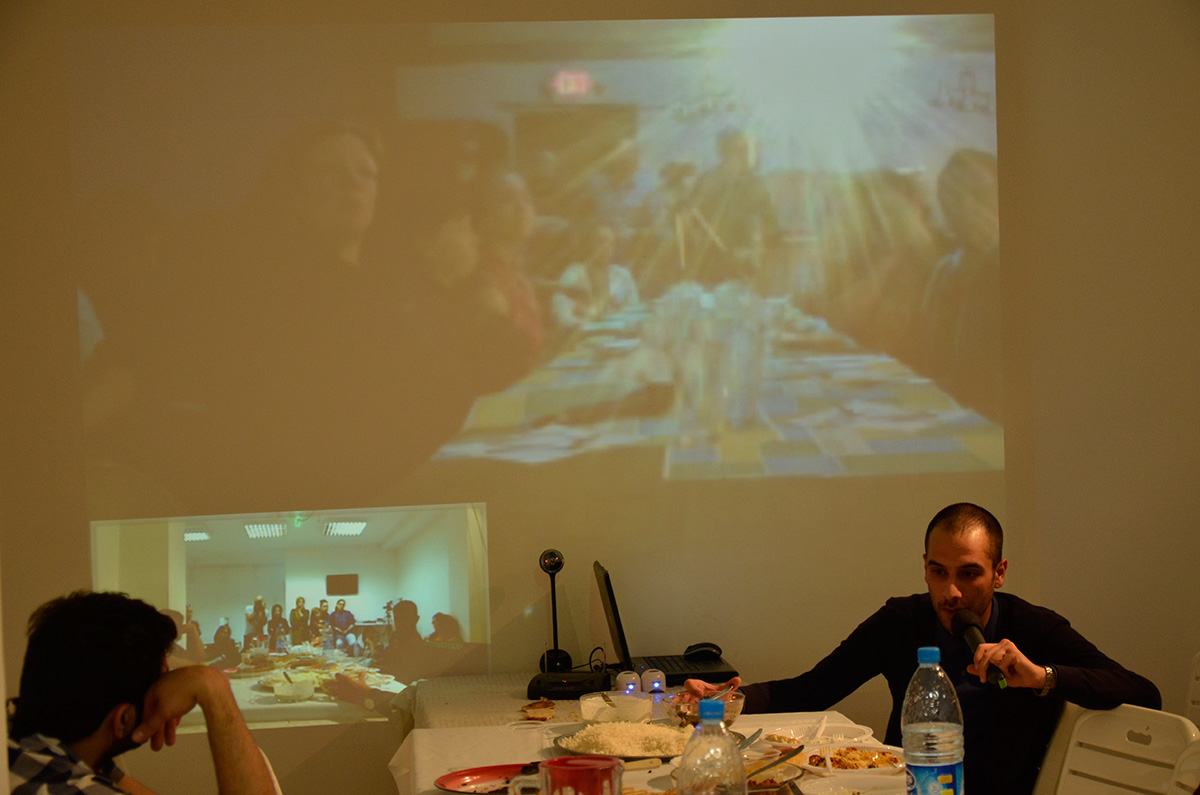 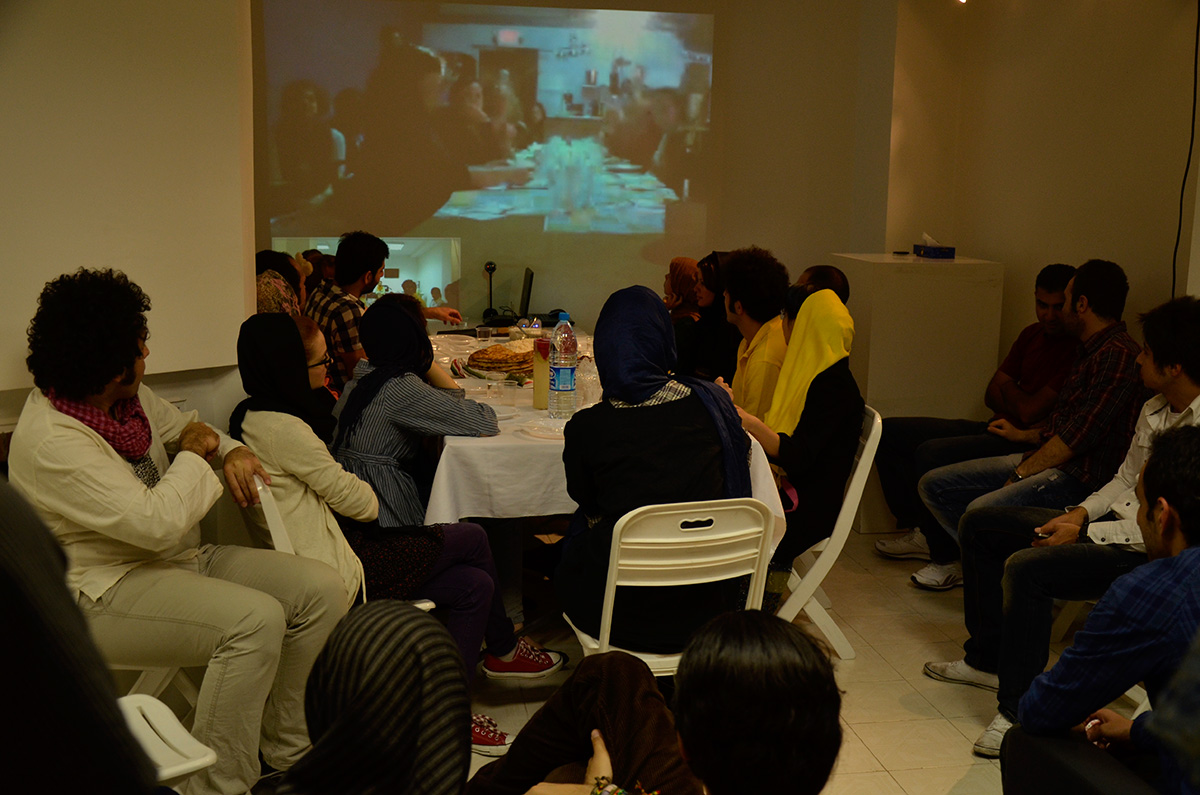 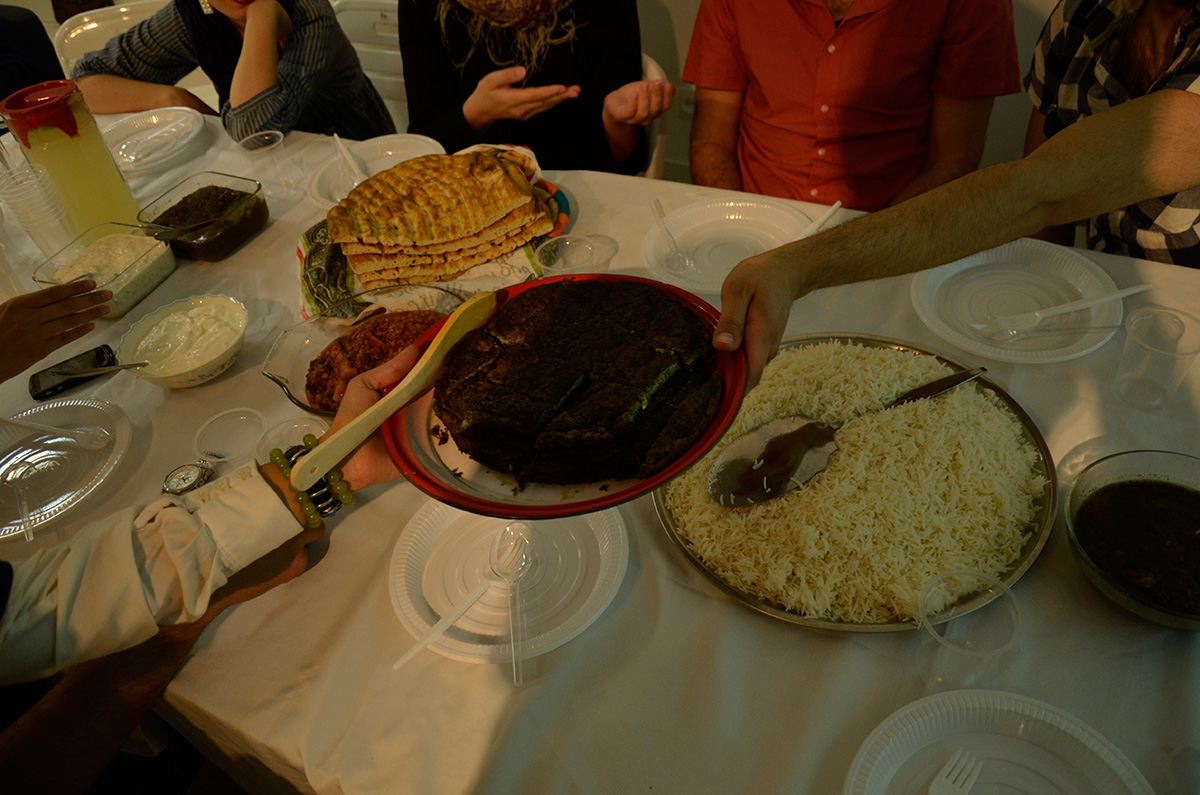 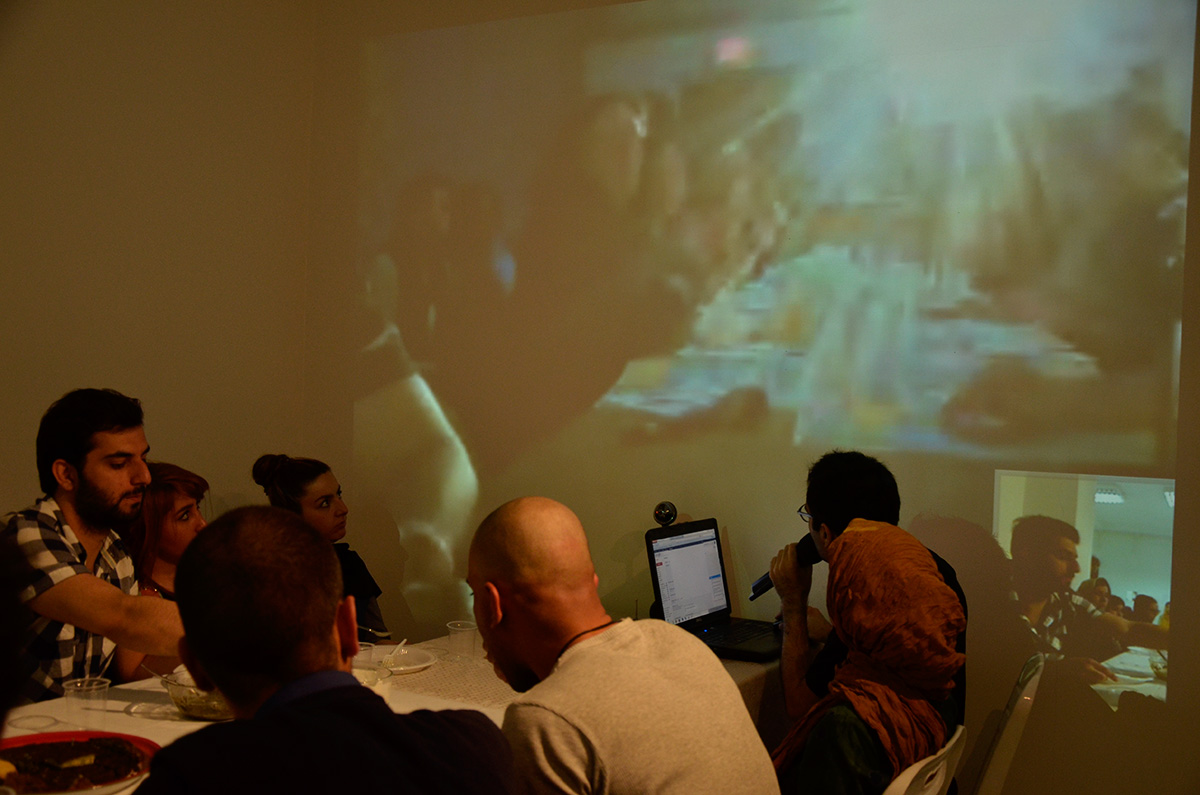 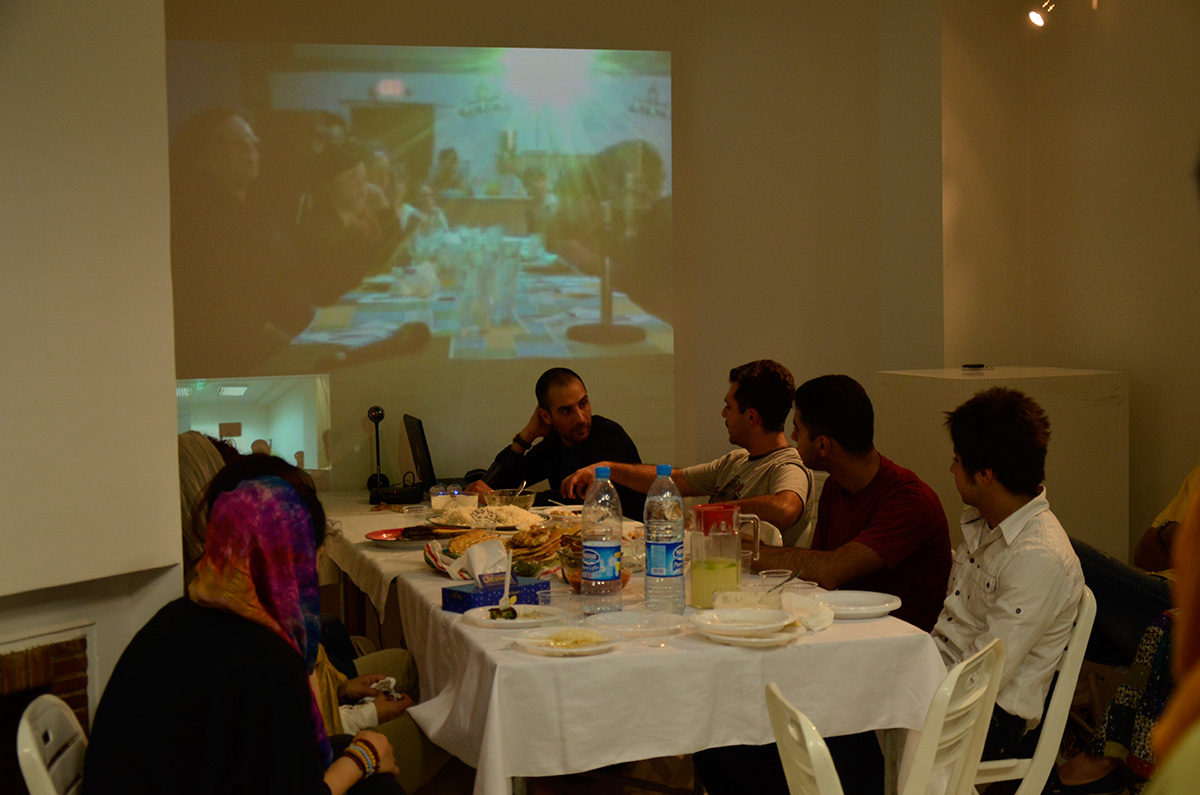 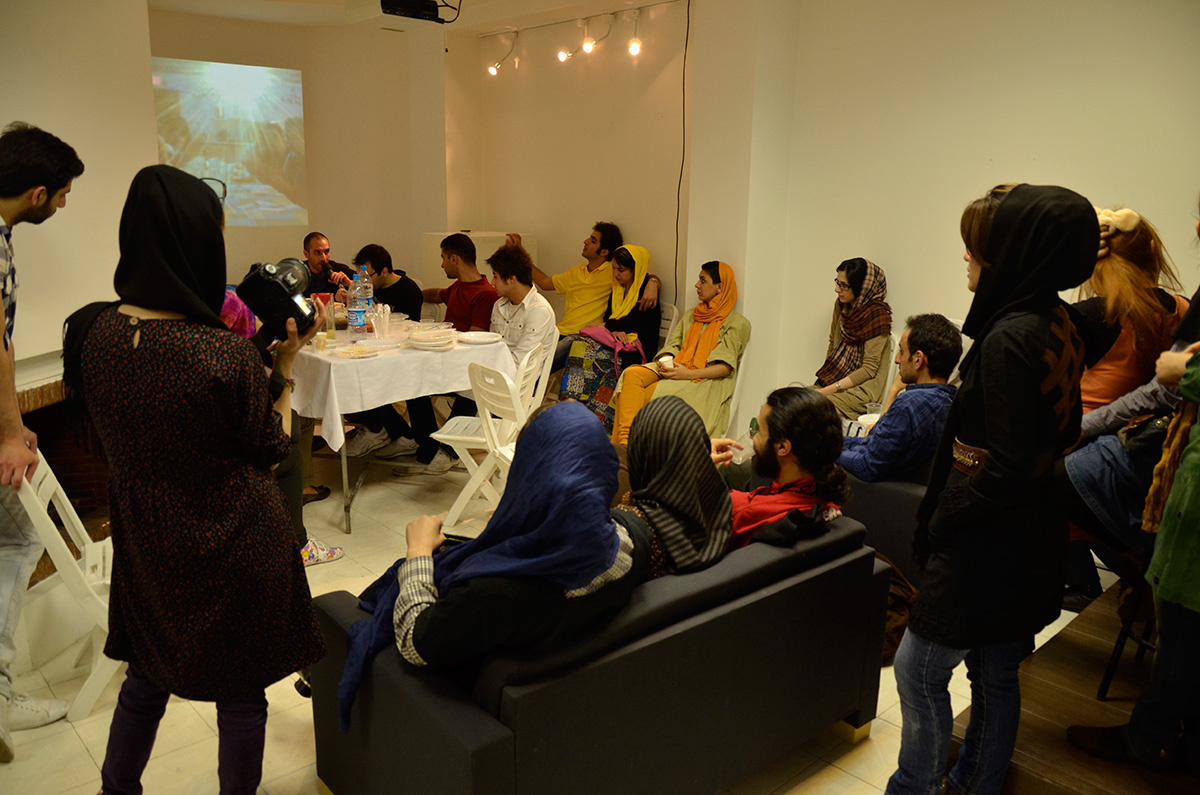