Compass Trouble Again focused on cultural histories, vernacular aesthetics, and semantic reconstruction. It was the thematic follow-up to Compass Trouble, which was held in Guadalajara Mexico in May 2014. This second iteration of the exhibition brought together a number of threads and cues, with material from France, Mexico, Sweden, Algeria, Austria, Nigeria, and Iran. The cultural object, in its transposition between cultural contexts, undergoes shifts both delicate and emphatic. The question emerges: how does the message change between contexts, and what happens in the gaps? Compass Trouble Again approaches the question in a number of ways. The show featured a series of illustrated pages in English and Persian introducing Chaos Theory, presented as formal objects, a diagnostic analysis of translation at work. A commissioned translation of The Palm-wine Drinkard, an African magical realism novel from the 1950s, was published in Persian for the occasion. In taking advantage of Iran's nonexistent copyright laws, this translation brought a text important for African post-colonial literature into the Persian context, an attempt to communicate linguistic nuance across contexts. A Mexican mural from the Cacaxtla tomb was repainted across two walls, echoing not the original painting but its stylised illustration from a textbook on Mexican funerary art. In mimicking the mediated version, this gesture shifted the mural's print representation back into its painted form, a transitional return to the wall. Two musical compositions, from Stockholm producers KWC 92 and from Biarritz-based DJ Biscuit, were produced, presented two varied directions of dance music, from esoteric psychological meditation to cold techno isolation. These mixes were played in the gallery's spaces, and specially produced CDs were freely available for guests. A number of paintings on silk were hung throughout the space, depicting logos from the Armenian coffee shop local to Sazmanab and the Abgineh ceramics and glassware museum. These anchors of the neighbourhood environment were shown alongside a series of large photocopies depicting the reflections in the glass of Abgineh museum's display cabinets. The varied gestures that comprise in Compass Trouble Again were concerned with cultural exchange, shifting meaning across translation and transposition, collective narratives in new environments, and expanded social engagement across multiple mediums. While several elements in the show reflected on pre-existing moments of cultural transition, the music compositions and bootlegged publication performed a primary shift between contexts and extended the exhibition's reach beyond its time and space in the gallery. The shared, collective components of the show spoke to the expansive potential of cognitive gaps and the aesthetics of misunderstanding. Thomas Jeppe, born in 1984 in Australia, holds a Masters Degree in Visual Arts from the Victorian College of Arts and an Honors degree in Cultural Studies from the University of Melbourne. Through painting, sculpture and publishing, Jeppe's work engages the social histories around cultural production. This usually involves the community and vernacular aesthetics, a gesture towards a setting for interaction, and loose attempts to formalize a theoretical position. Research and reconstruction form a large part of the work, and while a critical thread runs throughout, each piece is lined with the malleable currency of energy, curiosity, and propositional hyperbole. Recent shows include: Asian Aquiline, Sketch London (2014); Lost in Connotation, Conradi Hamburg (2014); Picture Movement, Utopian Slumps Melbourne (2014); Chateau Plais, The Duck Berlin (2014); Canary Comfortable, Die Diele Zurich (2014); Compass Trouble, Curro & Poncho Guadalajara (2014); Abstract Journalism, 032c Workshop Berlin (2014); Spring Revue, Utopian Slumps Melbourne (2014); Driving Fast Nowhere, Polansky Prague (2013); Primavera, Museum of Contemporary Art Sydney (2013); Wet on Wet, Weingrüll Karlsruhe (2013). Thomas Jeppe's exhibition at Sazmanab was produced with funding assistance from Creative Victoria and his residency in Tehran was made possible through the generous support of Kaaf. February 27 – March 17, 2015 Opening reception: Friday, February 27 – 3-10 PM 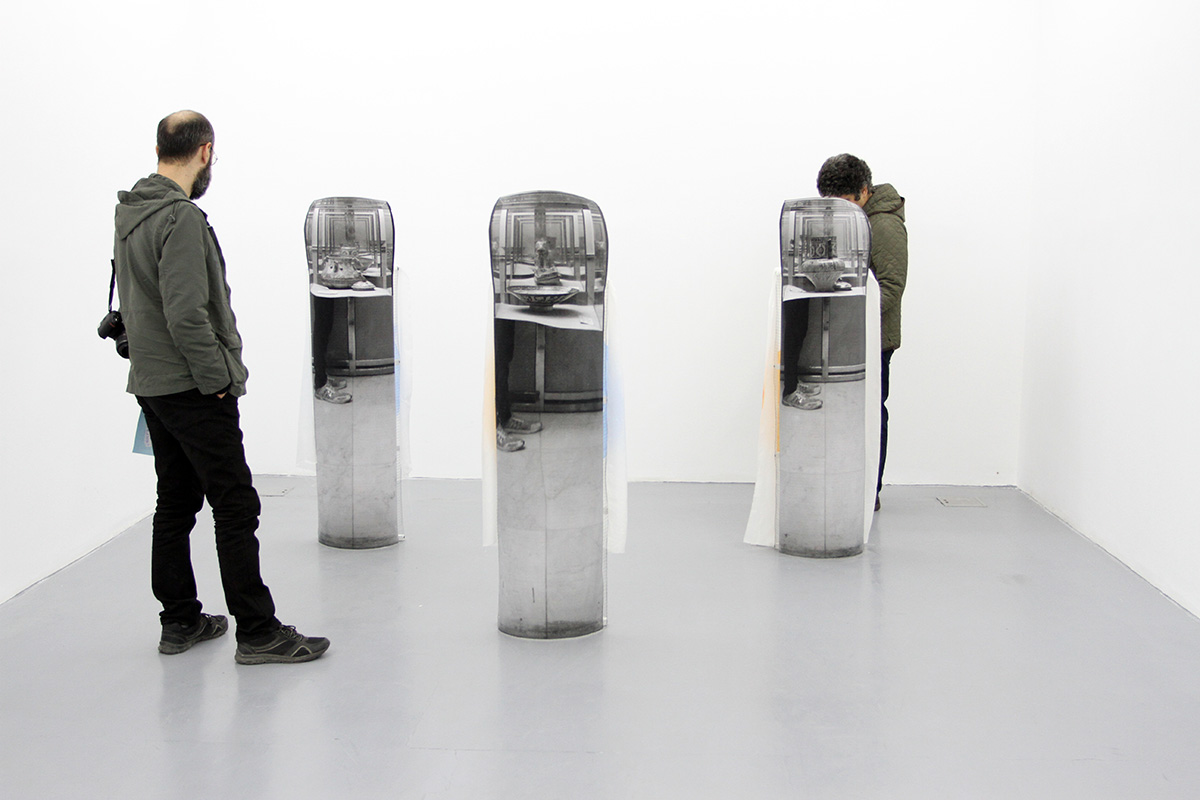 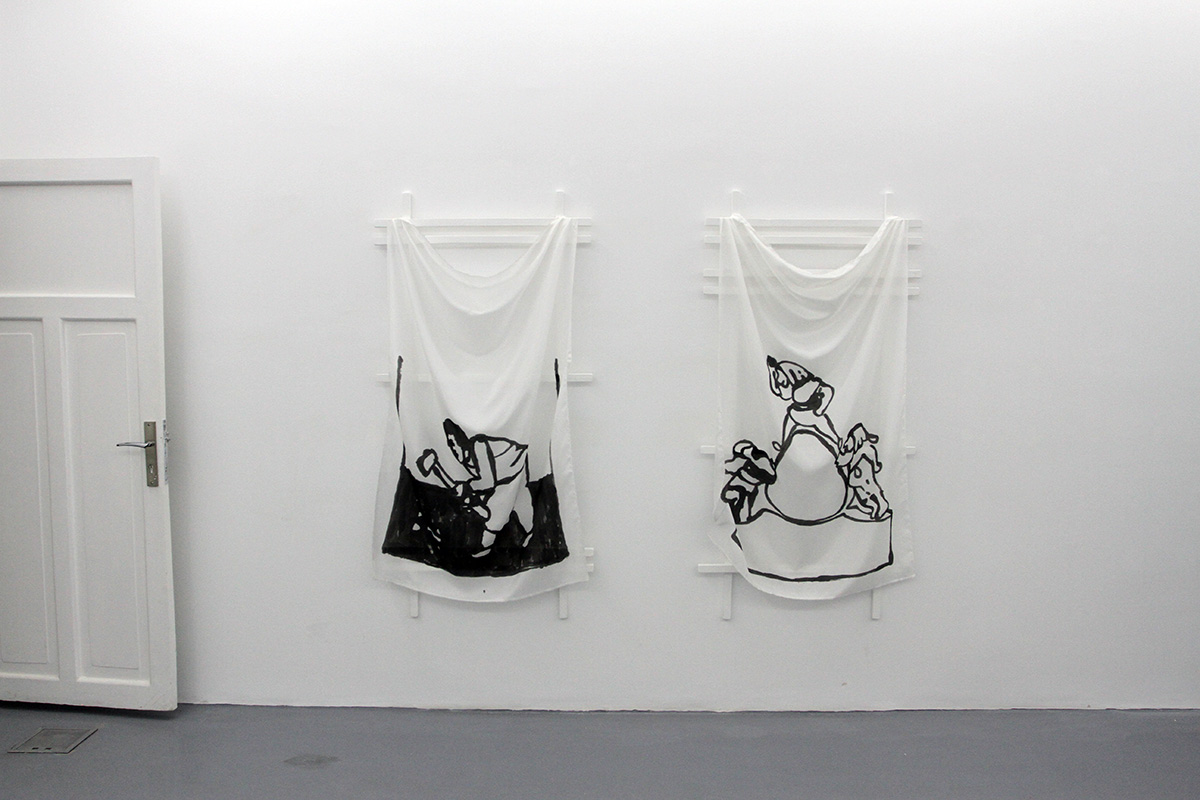 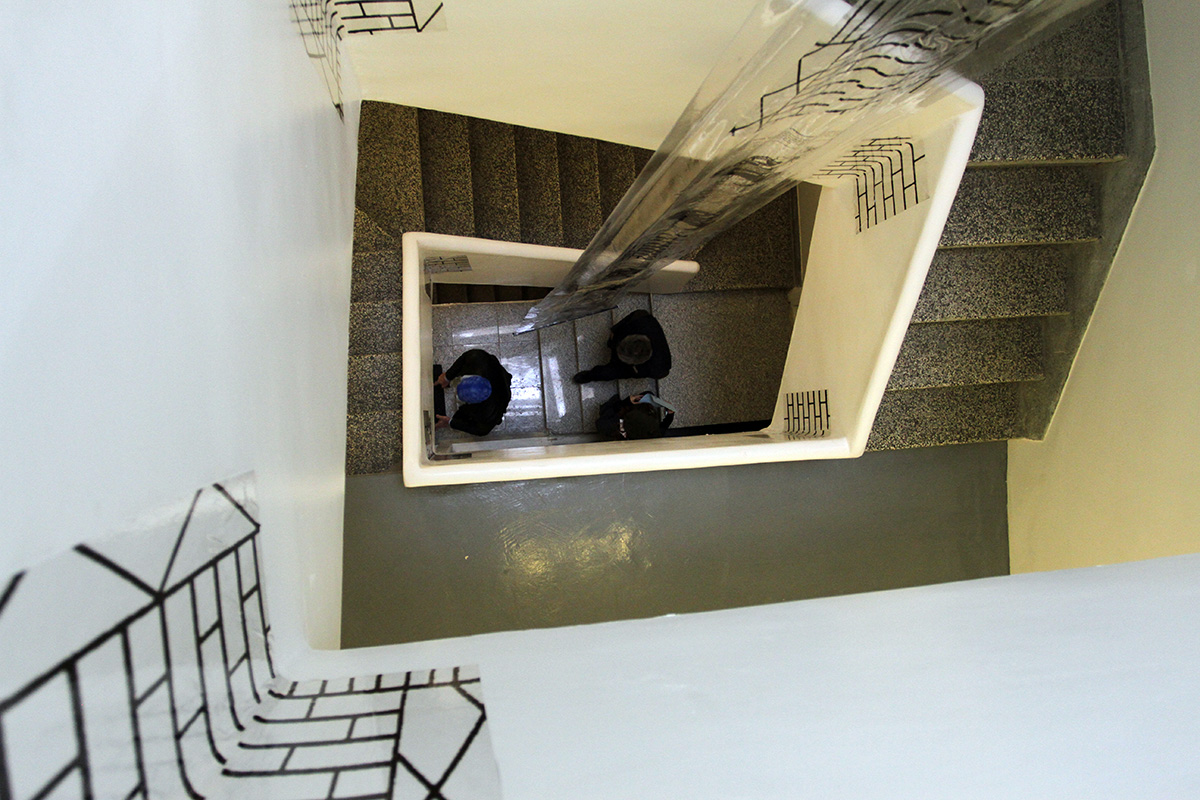 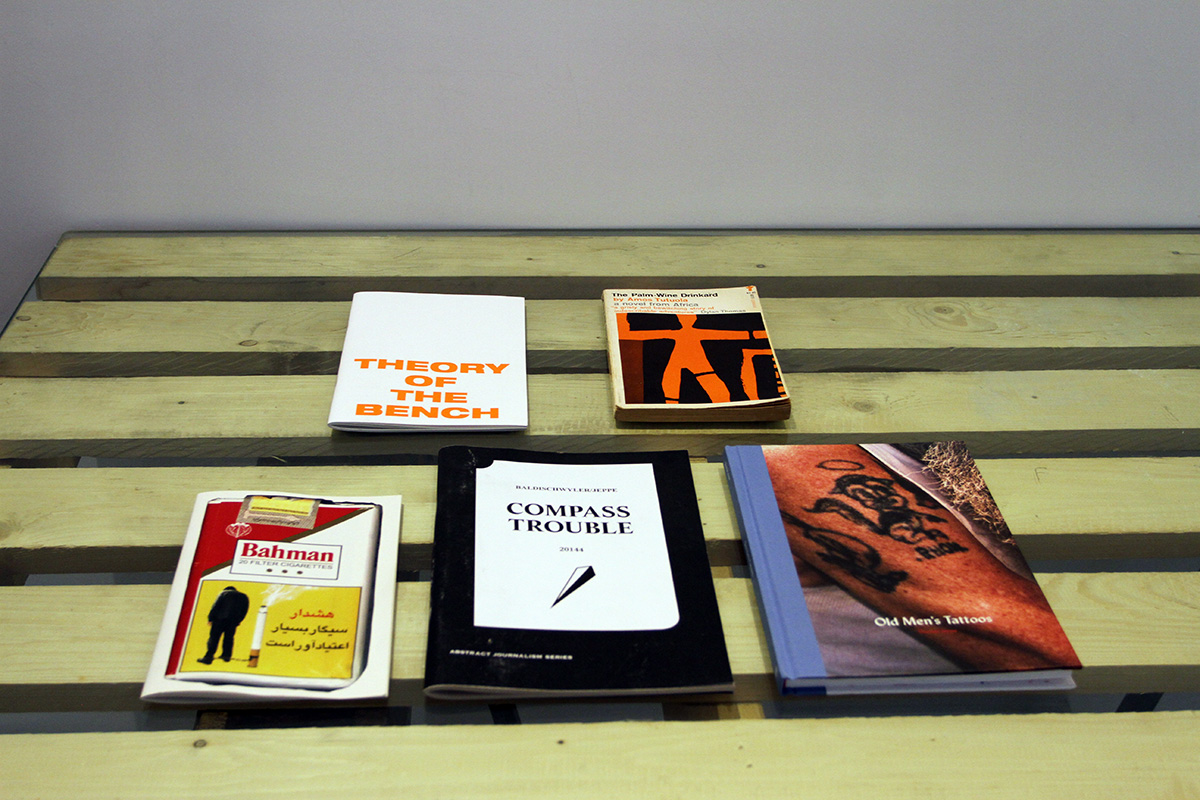 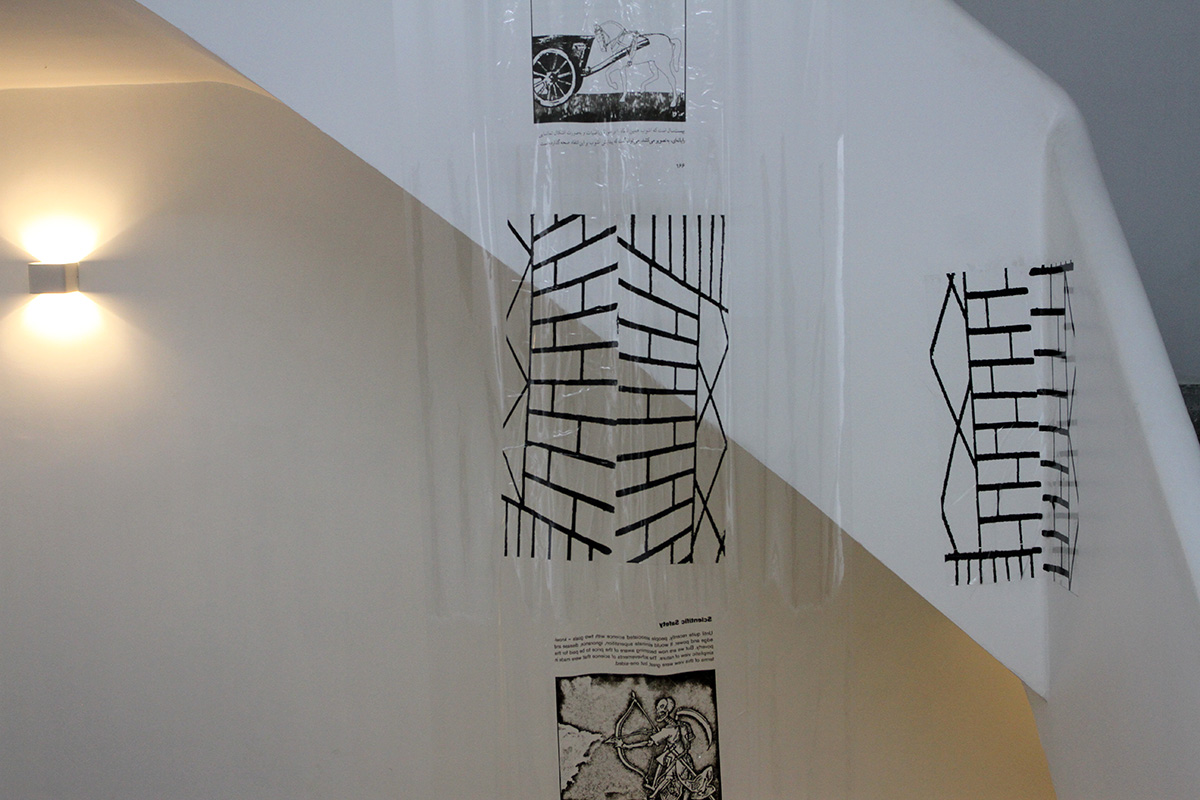 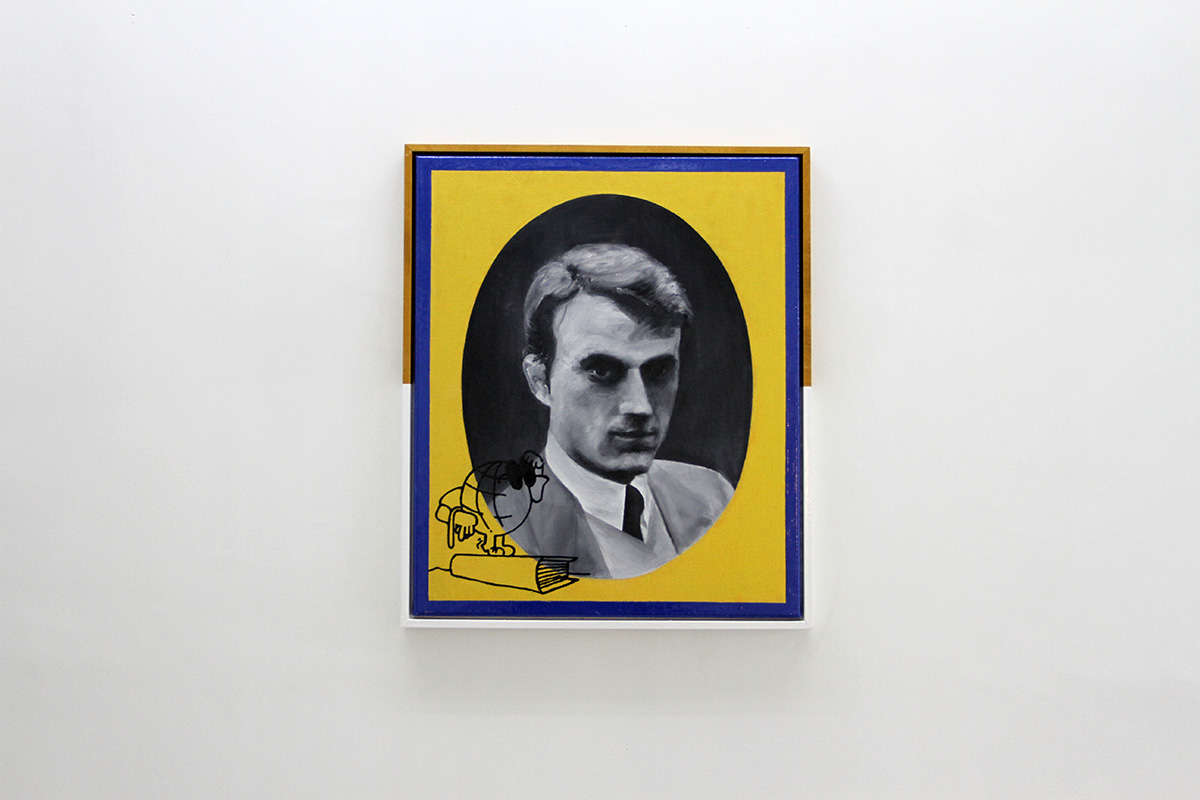 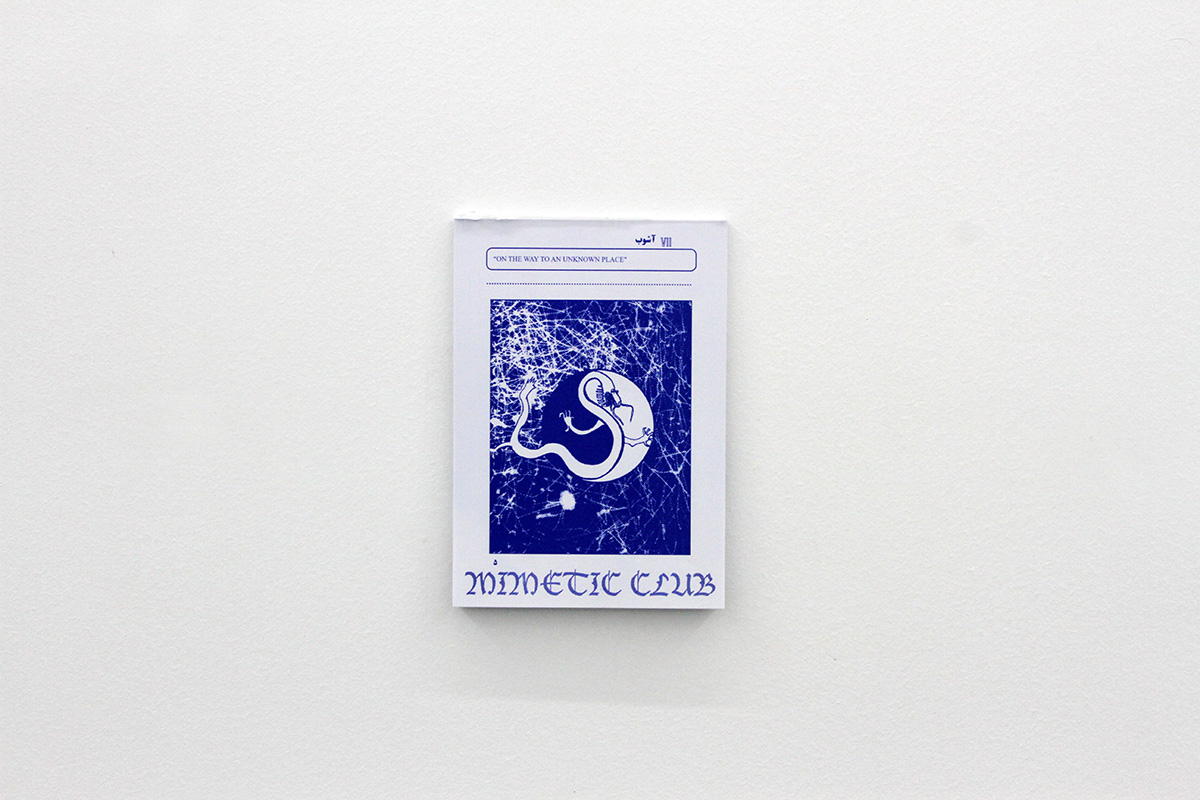 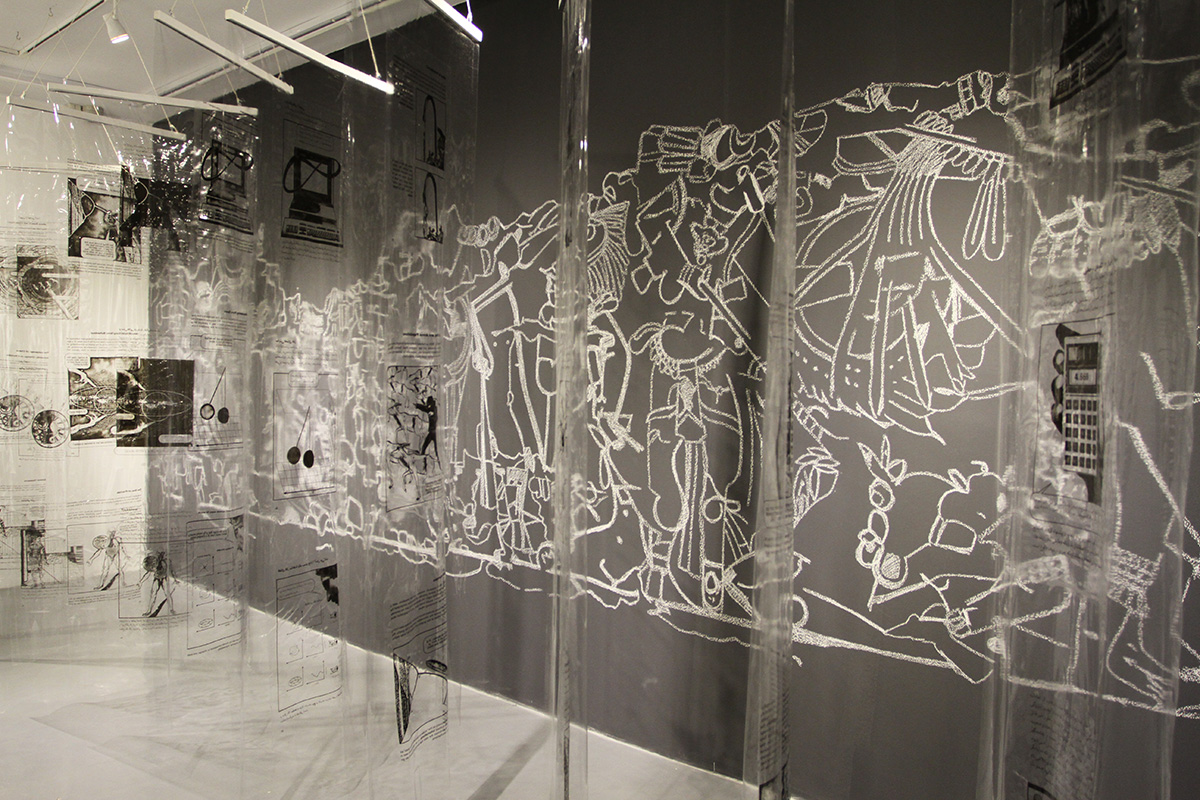 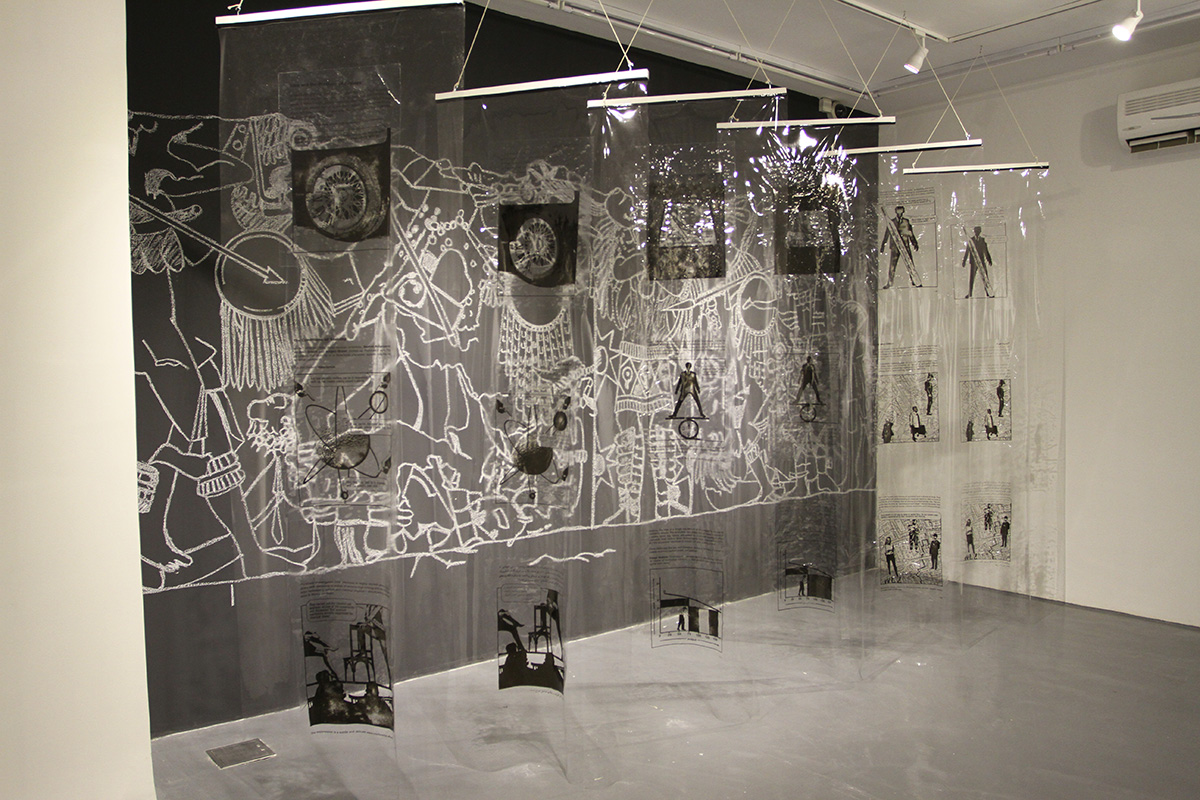 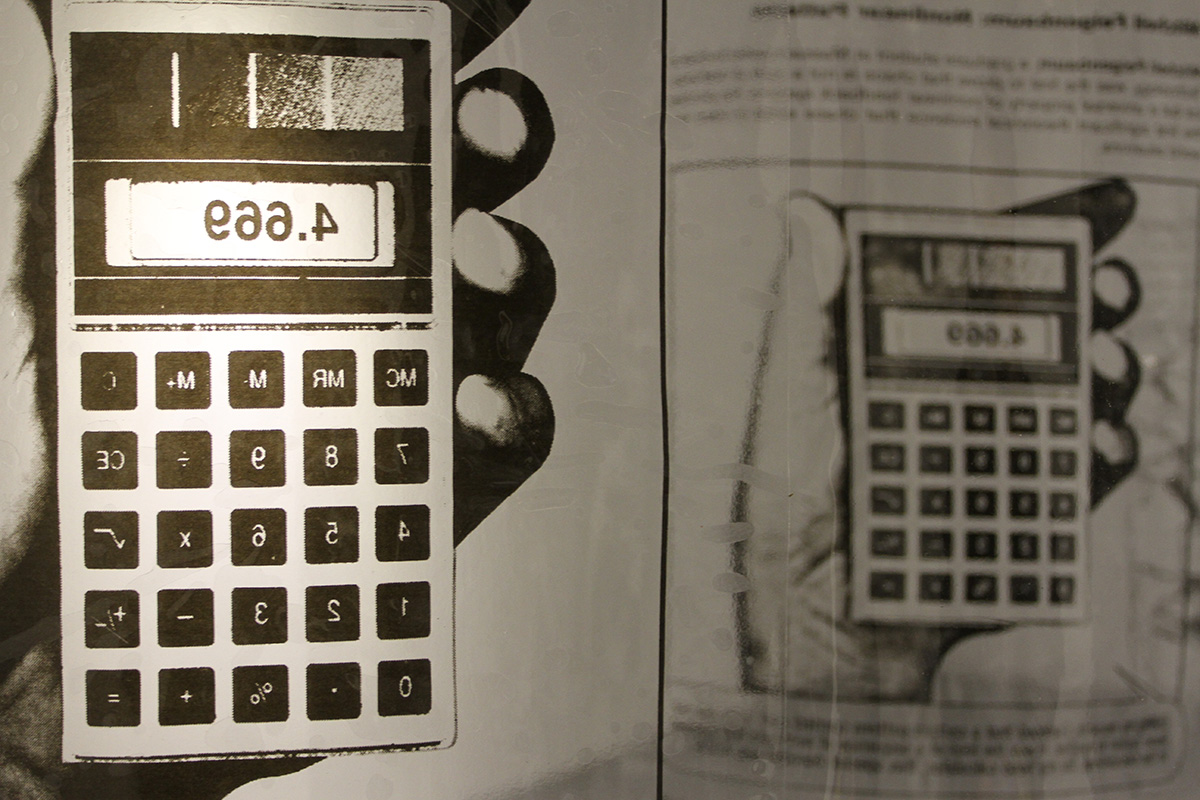 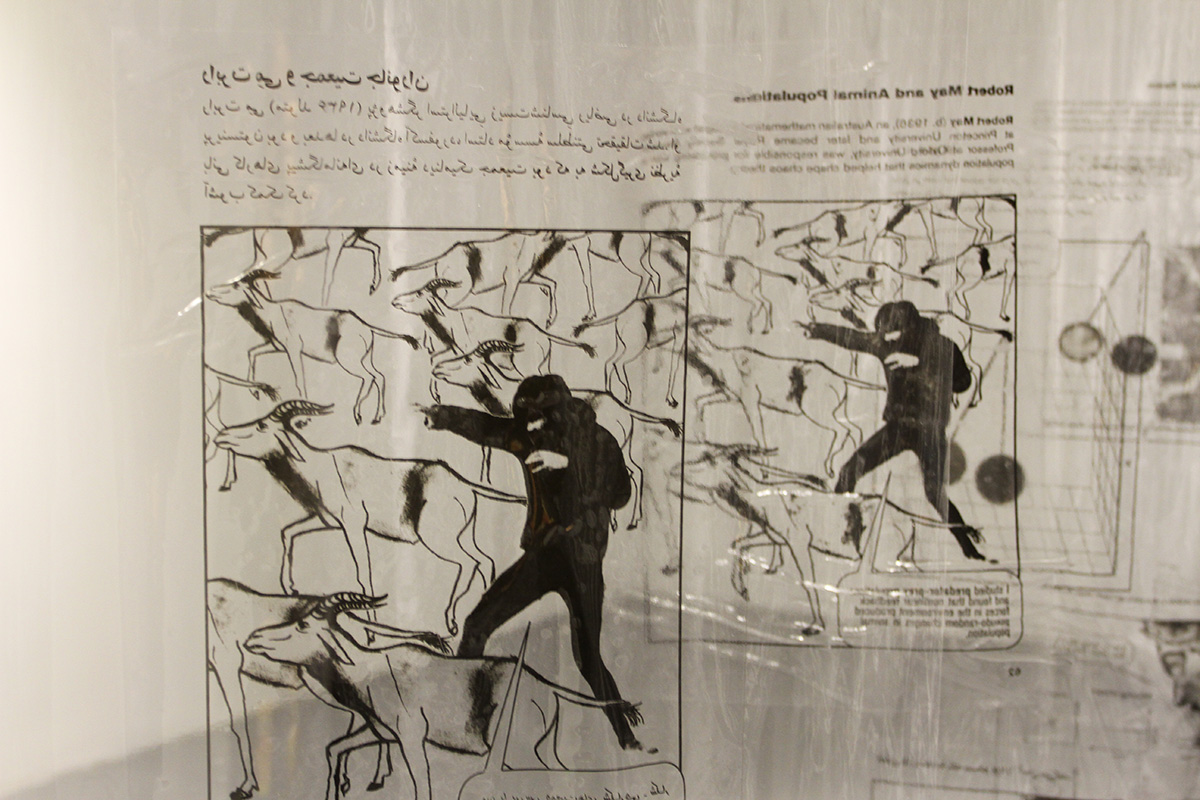 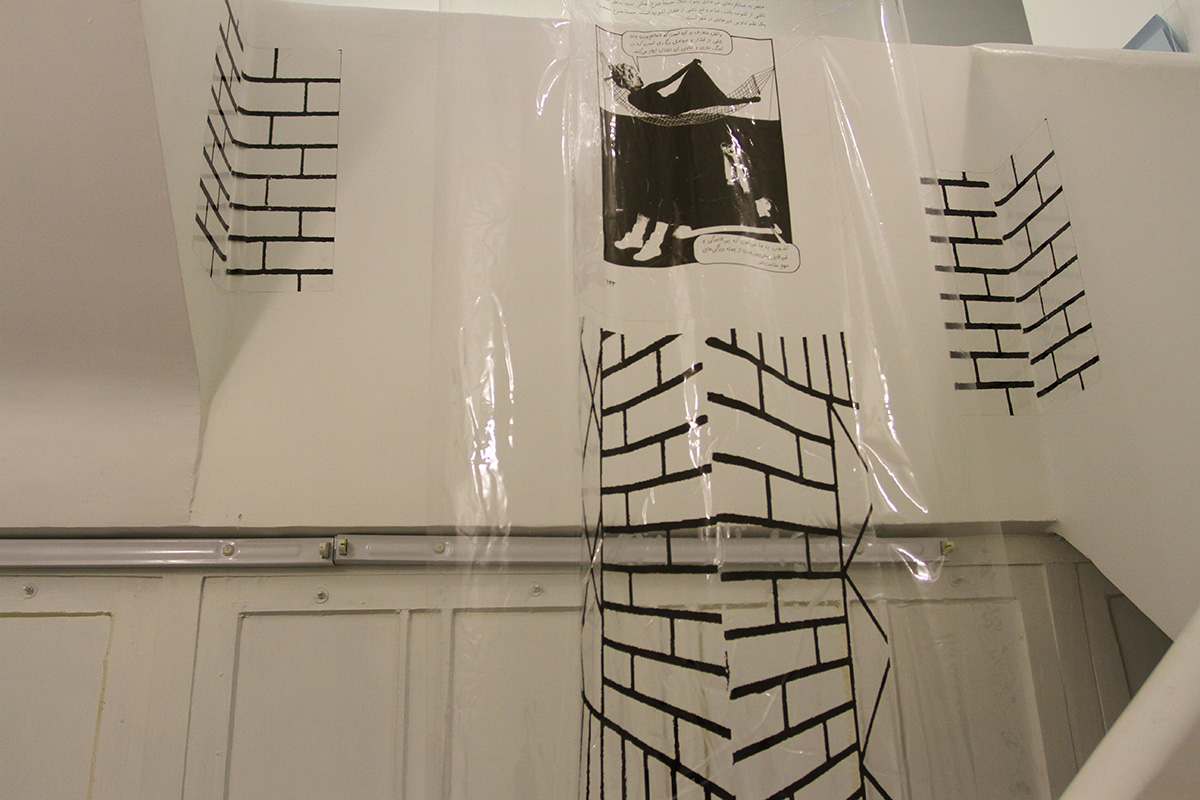 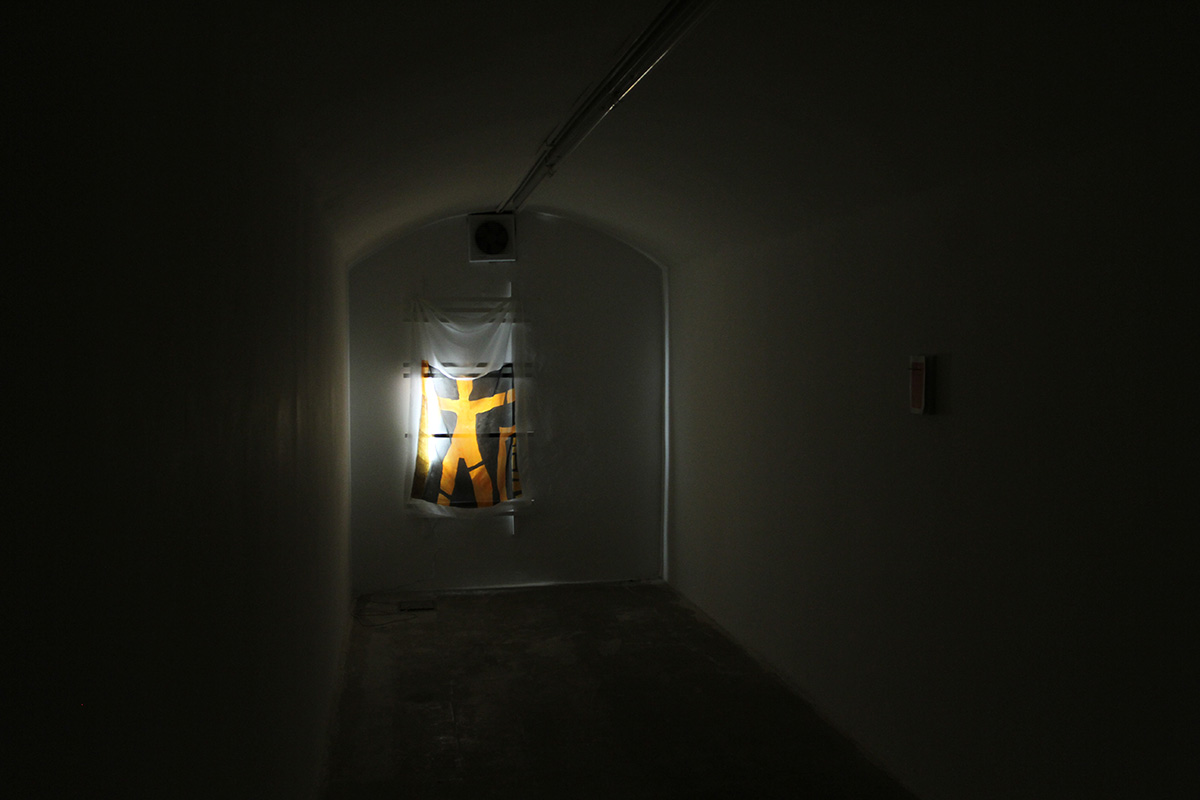 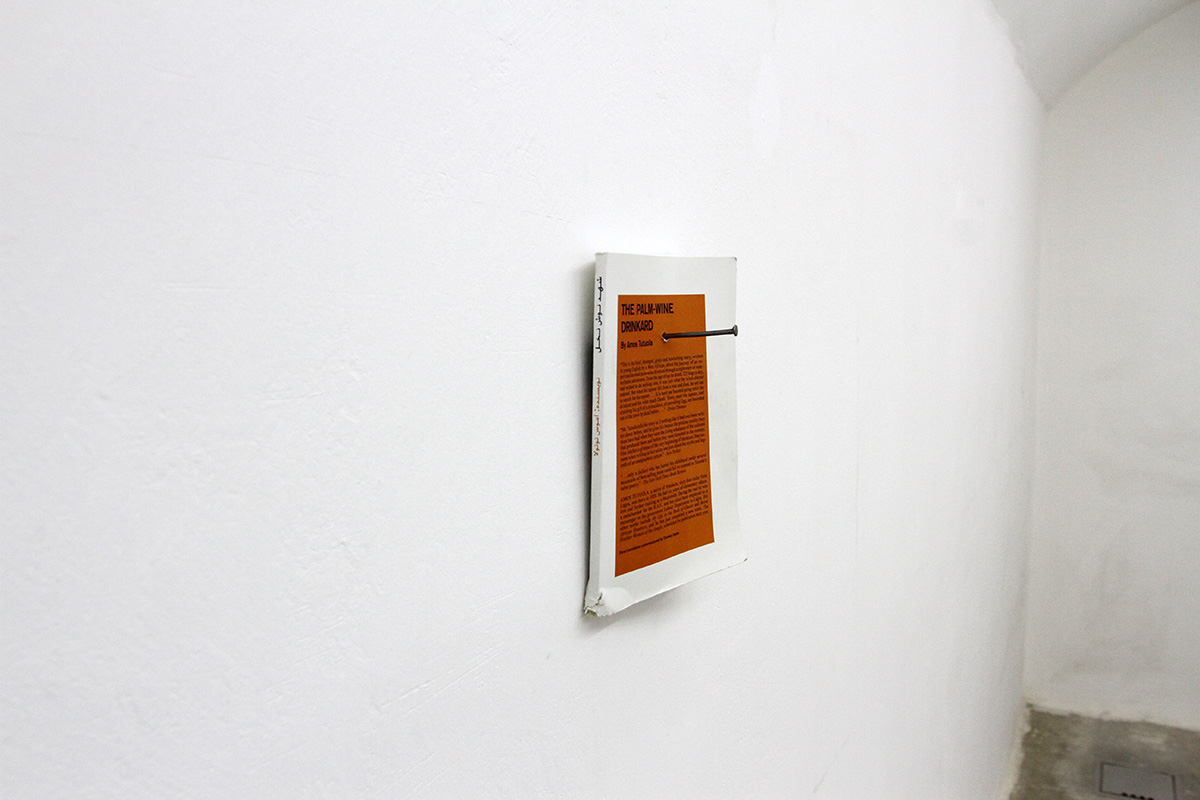