Beyond the Aesthetic and the Anti-Aesthetic ⧚ James Elkins

Lecture by James Elkins The topic is fundamental for the current practice of art: it concerns the continuing hold of an old dichotomy. The anti-aesthetic was first defined by Hal Foster in 1980; it denotes art that is made without an explicit aesthetic purpose. Such art is often political, and usually interrogates gender, ethnicity, and other questions of identity. Meanwhile, modernist and late modernist art, which proposes an aesthetics, continues to be made. It’s the old choice between socially active art and work done by yourself in a studio. Despite man challenges and thirty years of new art, the dichotomy of the aesthetic and the anti-aesthetic continues to offer no viable alternative except for adventitious and local experiments. The choice between the aesthetic and the anti-aesthetic (including postmodernism, anti-modernism, alter modernity, institutional critique, etc.) continues to comprise one of the most fundamental choices for artists. The impasse is made more difficult by the proliferation of identity politics, which obscure other theories of meaning (for instance Slavoj Žižek and Gilles Deleuze), and it is made less negotiable by the hegemony of anti-aesthetics in academic discourse on art. The lecture highlighted the current state of art theory in relation to this problem, and report on Elkin's then forthcoming book. James Elkins grew up in Ithaca, New York. He stayed on in Ithaca long enough to get the BA degree (in English and Art History), with summer hitchhiking trips to Alaska, Mexico, Guatemala, the Caribbean, and Columbia. For the last twenty-five years he has lived in Chicago; he got a graduate degree in painting, and then switched to Art History, got another graduate degree, and went on to do the PhD in Art History, which he finished in 1989. Since then he has been teaching in the Department of Art History, Theory, and Criticism, at the School of the Art Institute of Chicago. Venue: Sazmanab (Sazman-e Ab St.) Thursday, January 5, 2012 – 7-9 PM 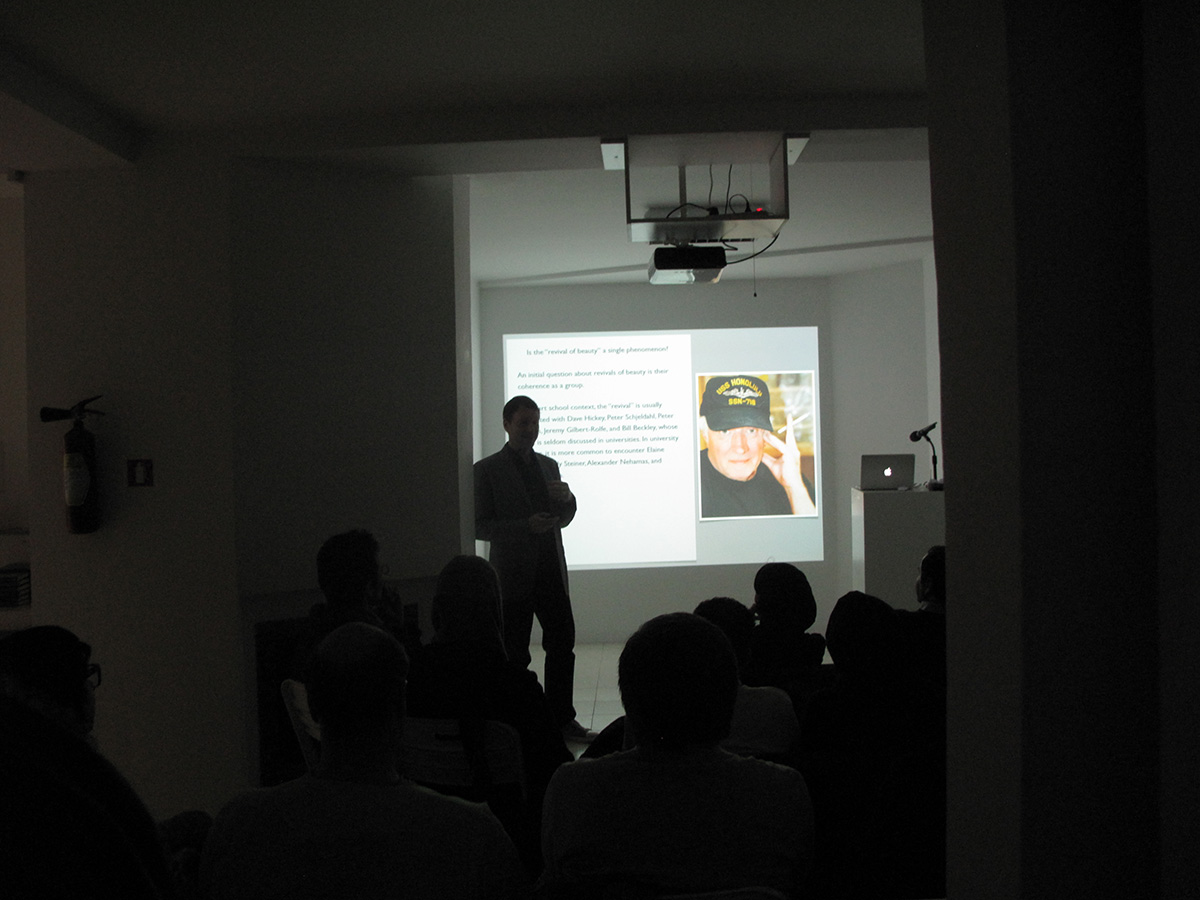