Sazmanab hosted a conversation with Iranian-born artist Abbas Akhavan in conjunction with his residency and exhibition at the Delfina Foundation in London. Born in Tehran, Abbas Akhavan has been living in Canada since 1992 where he obtained a Masters of Fine Arts from the University of British Columbia, Vancouver. His practice ranges from site-specific ephemeral installations to drawing and video, with a recent focus on spaces just outside the home – the garden, the backyard, and other domesticated landscapes. His work has been exhibited in galleries such as Vancouver Art Gallery and Artspeak (Canada), Kunsten Museum of Modern Art (Denmark), Le Printemps de Septembre a Toulouse (France), Belvedere Museum (Austria), with upcoming solo exhibitions at Aaran Gallery (Iran), Modern Fuel and The Darling Foundry (Canada). He is represented by The Third Line (Dubai). Akhavan’s residency and exhibition were in partnership with Canada House Arts Trust and Iran Heritage Foundation. This conversation took place over the Internet between participants in Tehran and Abbas Akhavan and was moderated by Maryam Taghavi of Sazmanab. A video recording of a conversation between Mark Rappolt (Editor, Art Review) and Abbas Akhavan was also screened during the event. The program was curated by Sohrab Kashani of Sazmanab and co-presented with the Delfina Foundation, London. Venue: Sazmanab (Sazman-e Ab St.), Delfina Foundation [London] Thursday, November 8, 2012 – 6:30-9 PM 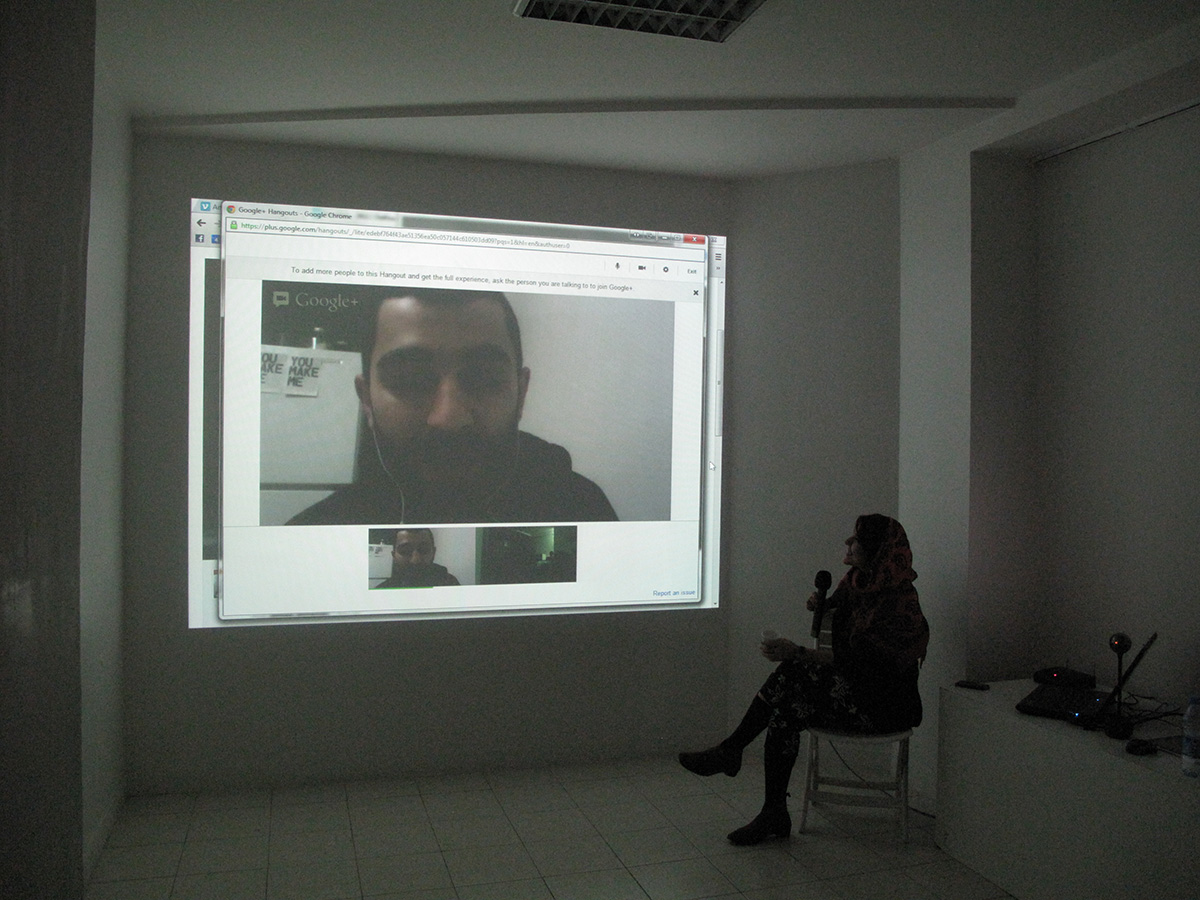 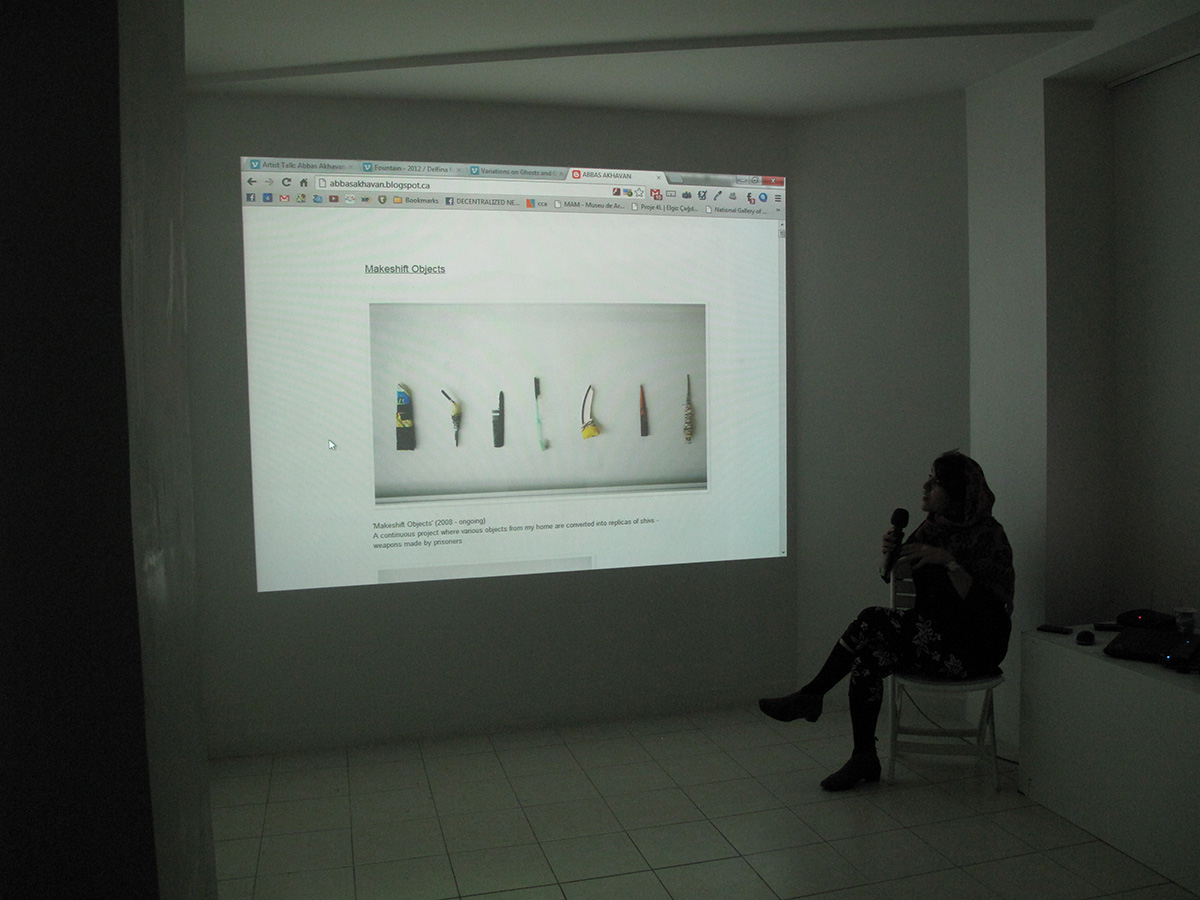 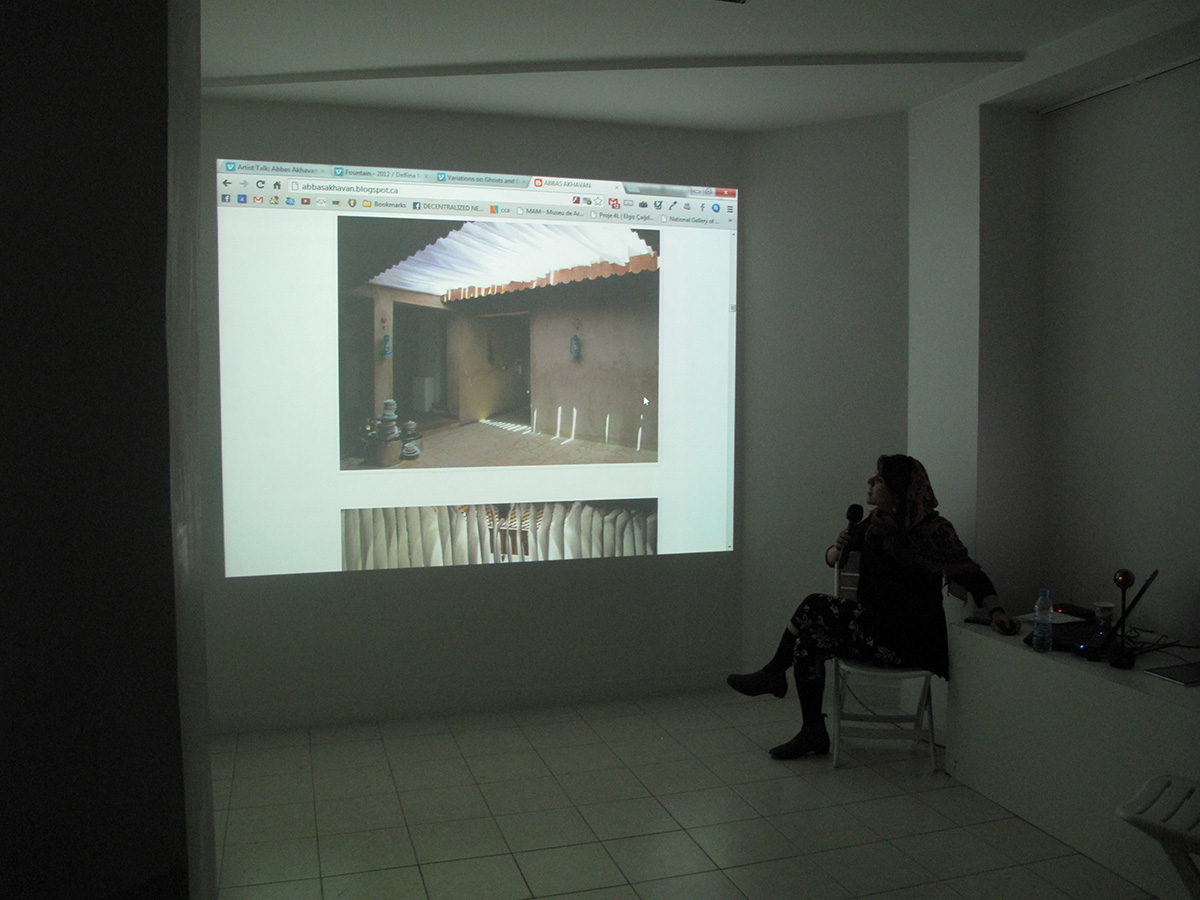 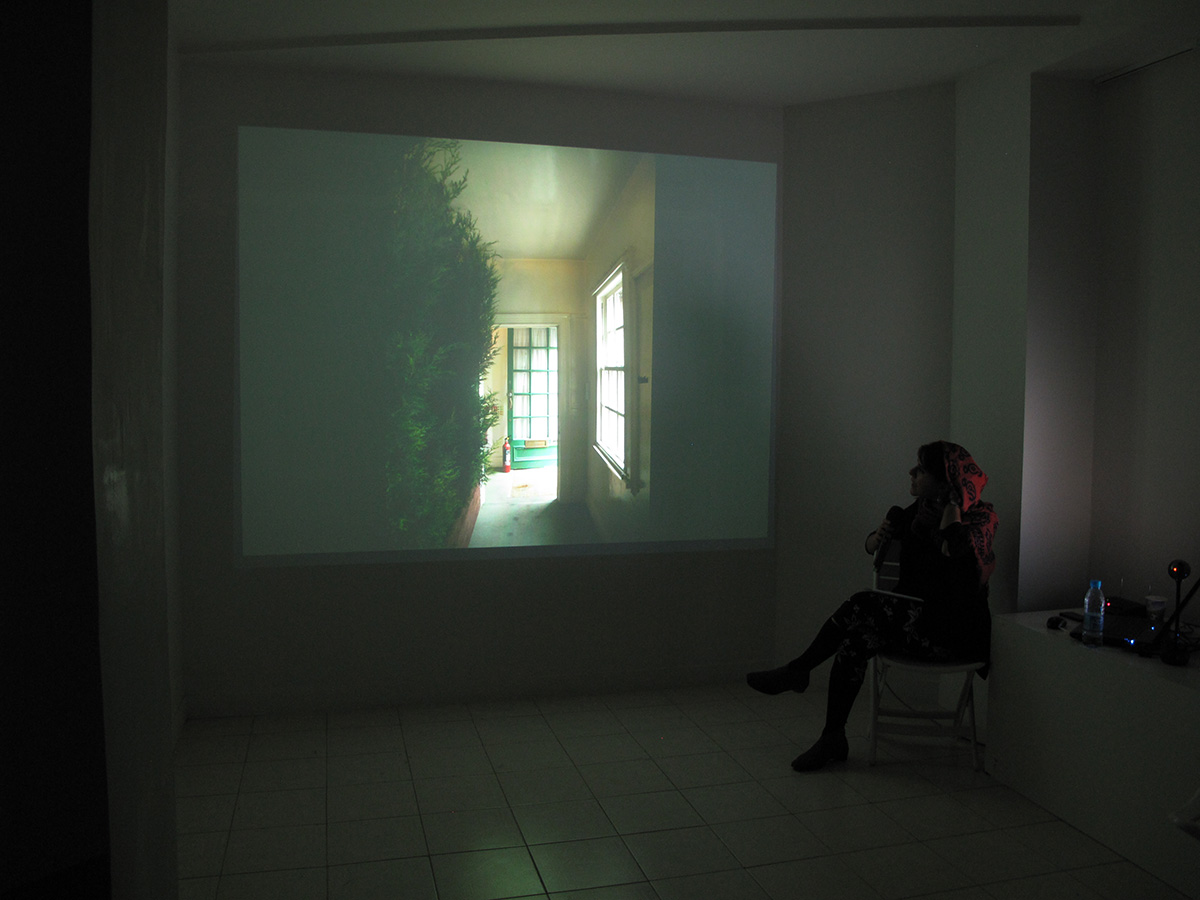 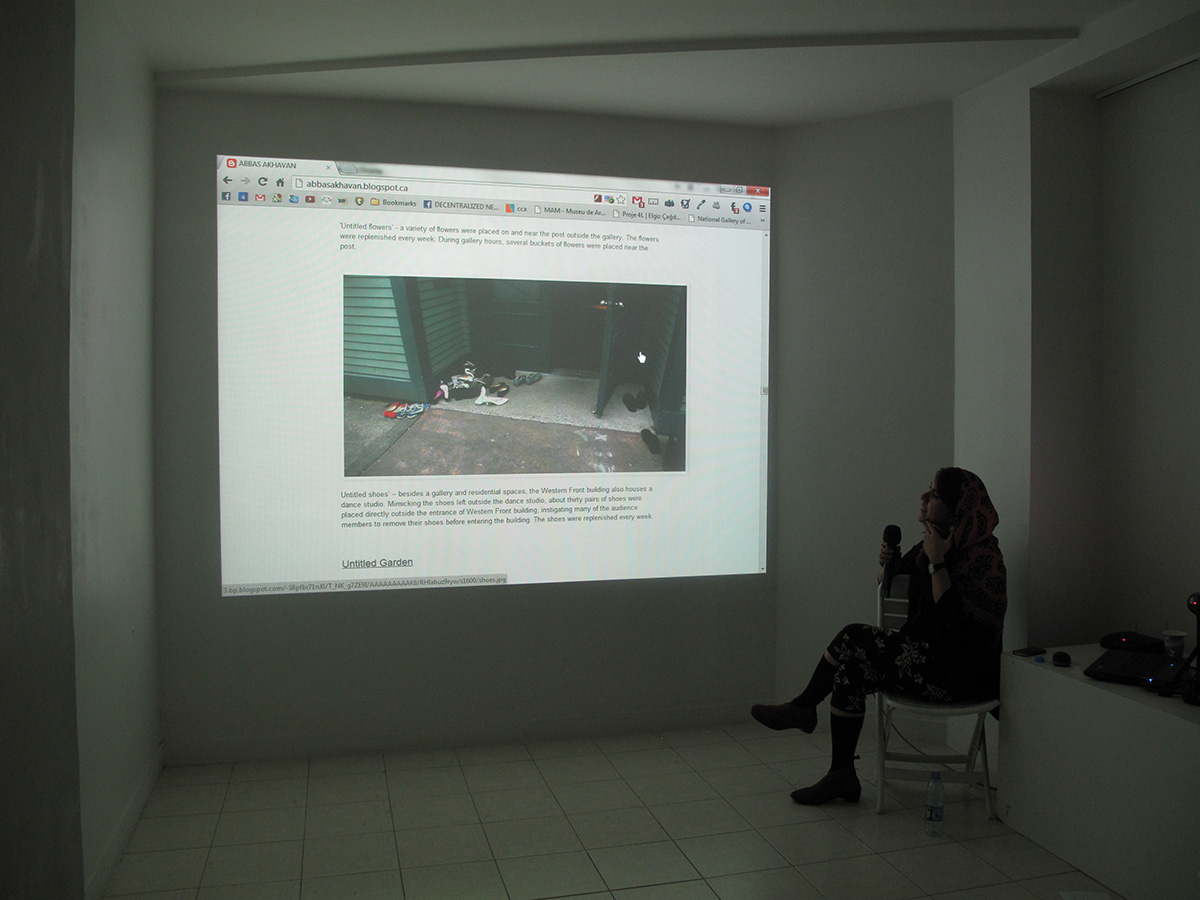