Sazmanab presented THE FLAG: Instruction Manual #2, a collaboration between London based artist Carlos Noronha Feio, curator Daria Kirsanova, and Tehran based artist and curator Sohrab Kashani. This exhibition was the second interpretation of the project started as a performance/event entitled Instruction Manual Number One: Washing the Flags for a Peaceful Revolution in Vienna, December 2011. Conceived by Carlos Noronha Feio, the work is a multimedia performance conducted via the Internet that also includes an actual physical action/performance in the gallery space. The conceptual core of this project is constructed utilising the protest action ‘Lava la bandera’ (Wash the flag) by Colectivo Sociedad Civil, but it is also rooted in the proposal by the socialist American politician Norman Thomas who called for an alternative to the burning of the flag during the Vietnam War, a silent (non violent) protest -a washing of the flag. The project presents a matrix, modular flexible conceptual construction that can be shaped according to specific concerns relevant to the place where it is performed. This unusual structure operates on multiple layers of meaning and references. The most obvious reading would be to look at the project in light of the notions of authority and authorship. Yet, it is much broader in its critique. The use of the Internet here, for example, is an attempt to construct multiple layers of detachment and separation within the cyberspace. This action aims to create a distance, a conceptual detachment from the actual geographical locations of either participants of the action/performance. Through this abstraction, Noronha Feio seeks to transcend well-known post-colonial theory concepts of ‘centre’ and ‘periphery’ of cultural production. Noronha Feio’s practice is operating within the so-called post-post-colonial theoretical field. He is opening spaces for an assumption that equality is a certainty and that constructed social environments have to be respected but not at the expense of creation of division. He is as an example, defending ideas as borderlessness. THE FLAG: Instruction Manual #2 was the result of months of exchanging ideas, where the artist’s perspective and knowledge related to the previous event was transformed by all three intervenients. It was not just a one-off performance, but a two-week exhibition that included: sculptural objects – flag and bucket; a video – documentation of the process of making of the flag, and a series of video instructions in English, Portuguese, Russian, and Persian. Venue: Sazmanab (Sazman-e Ab St.) April 19 – May 2, 2013 – 4-8 PM Opening reception: Friday, April 19 – 4-9 PM 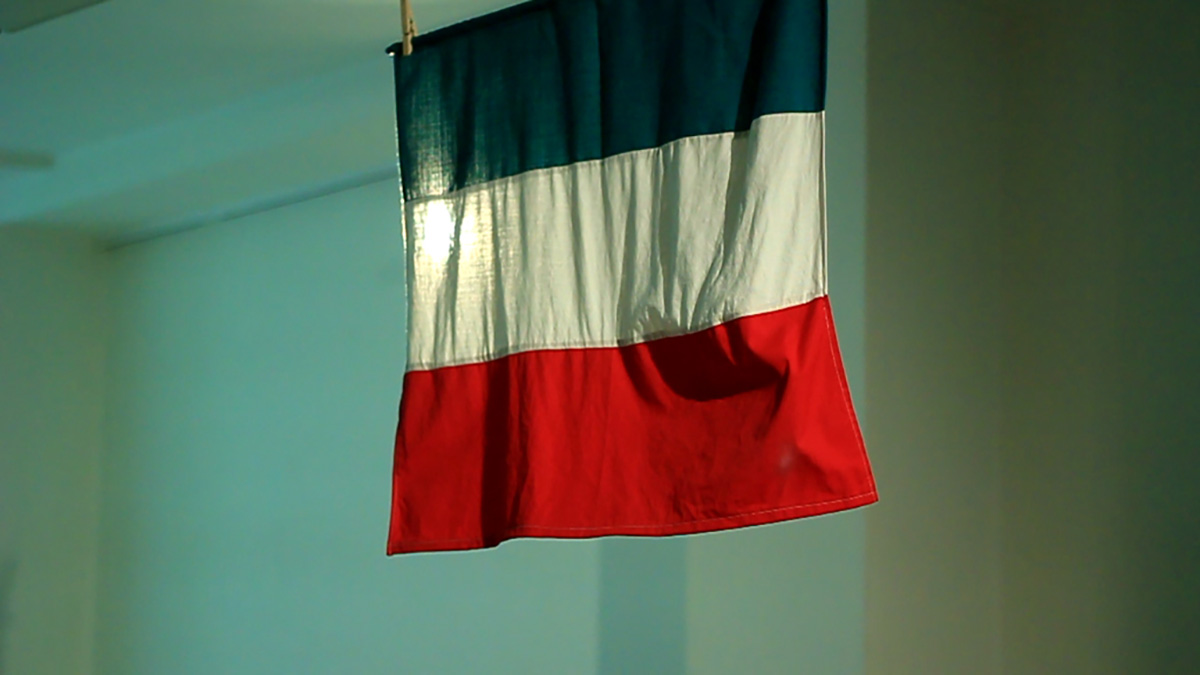 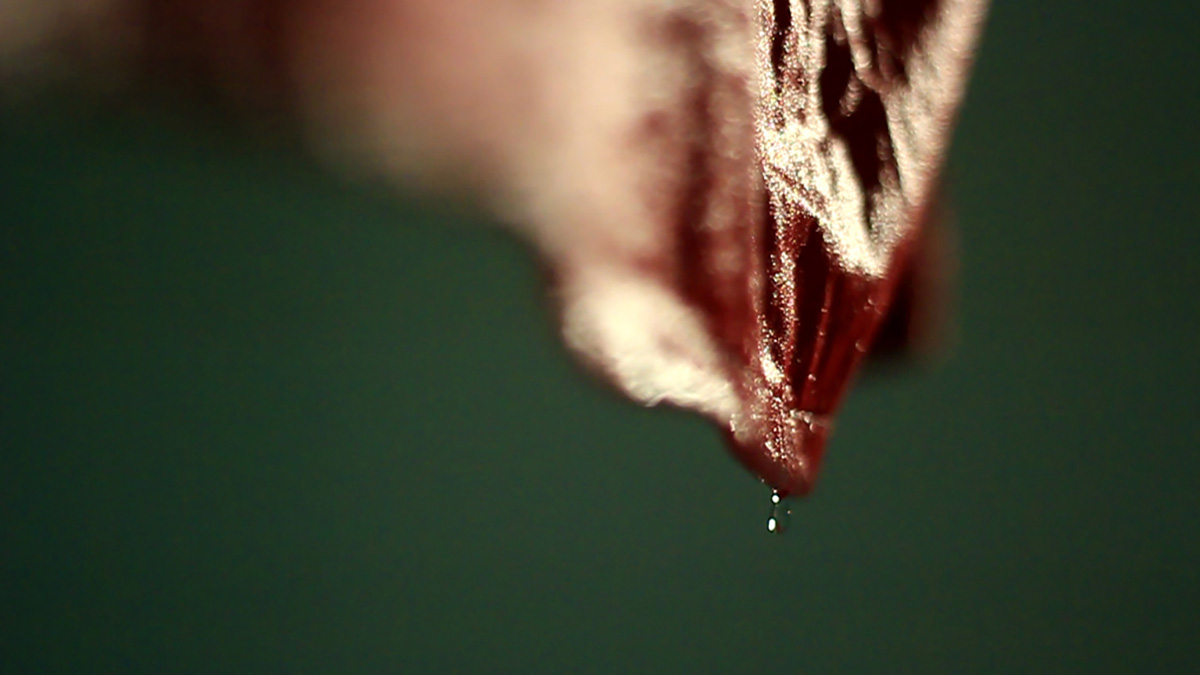 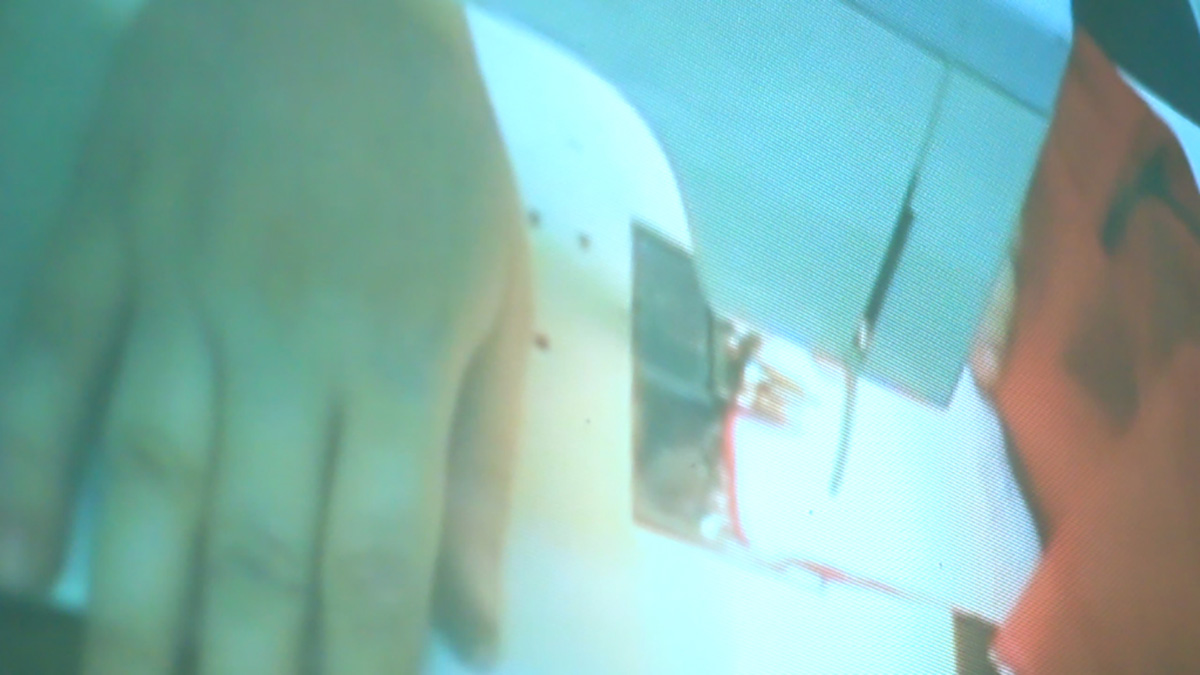 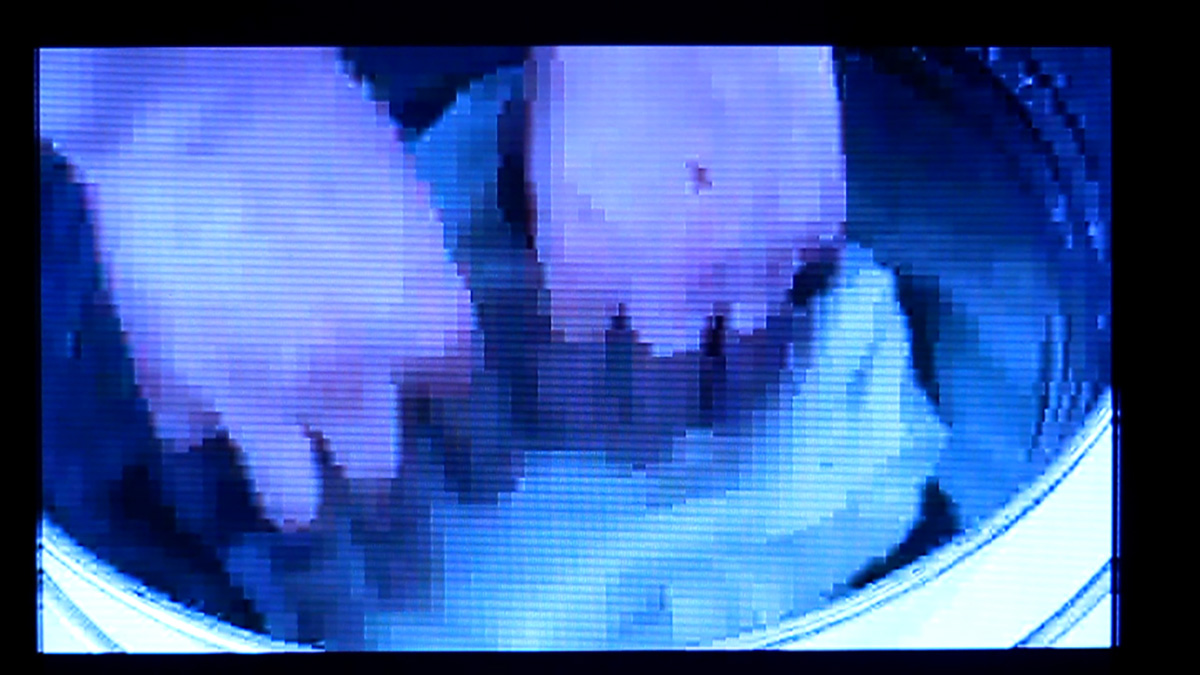 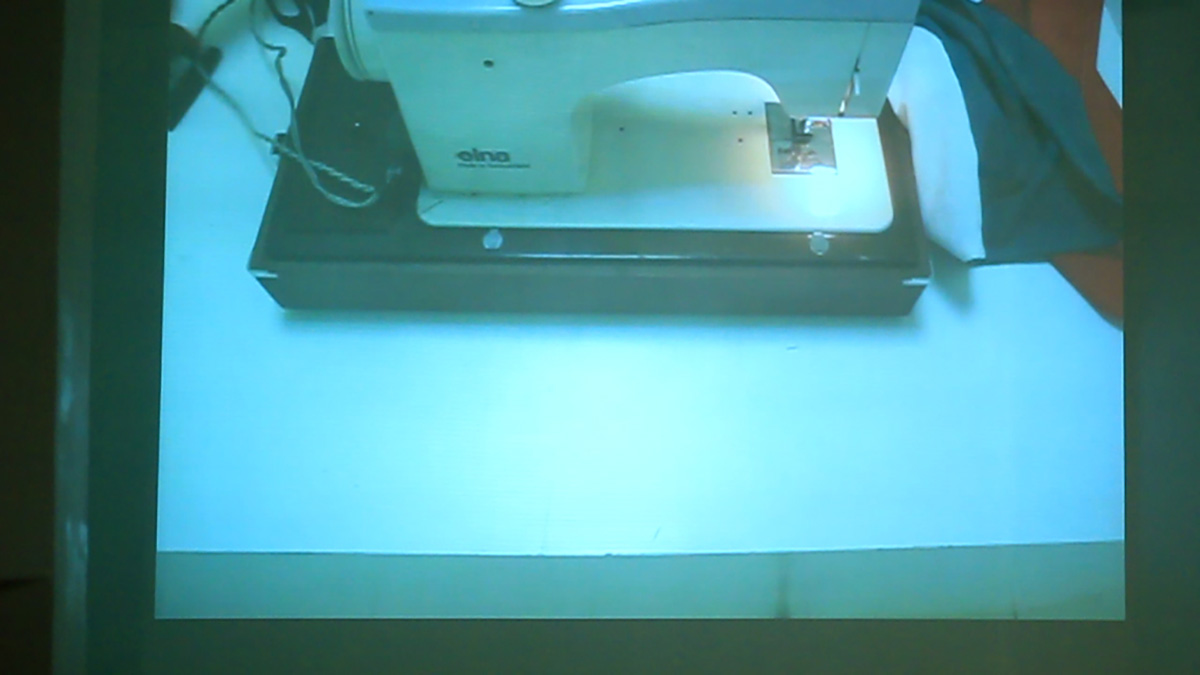 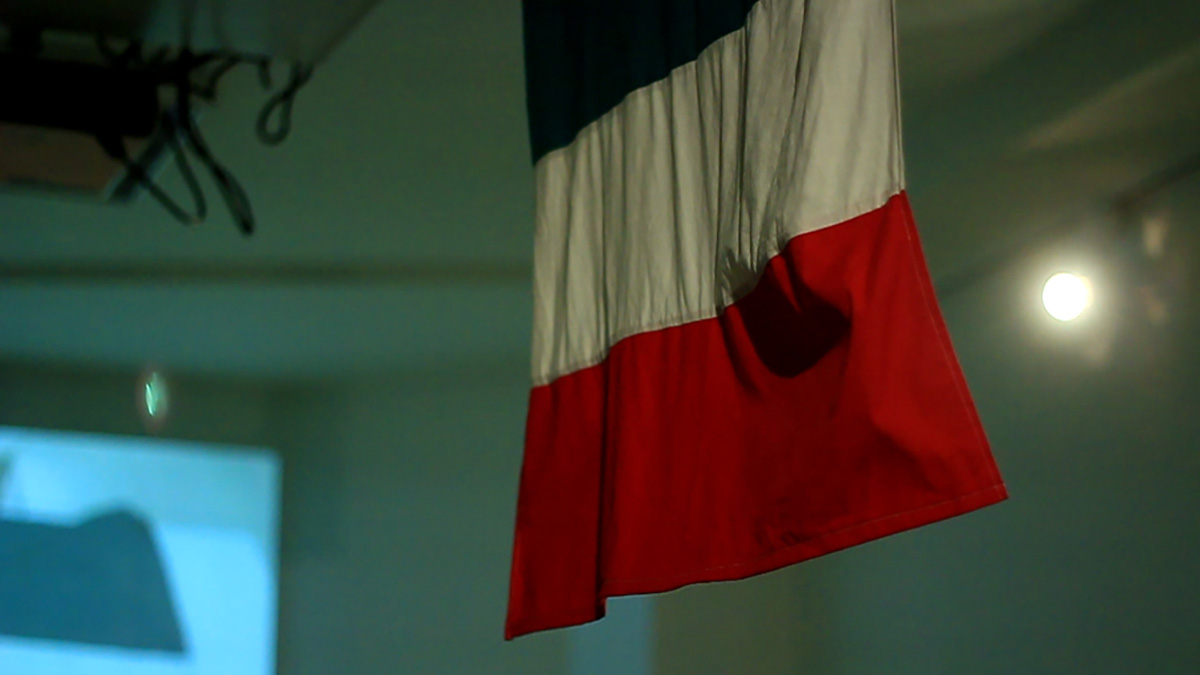 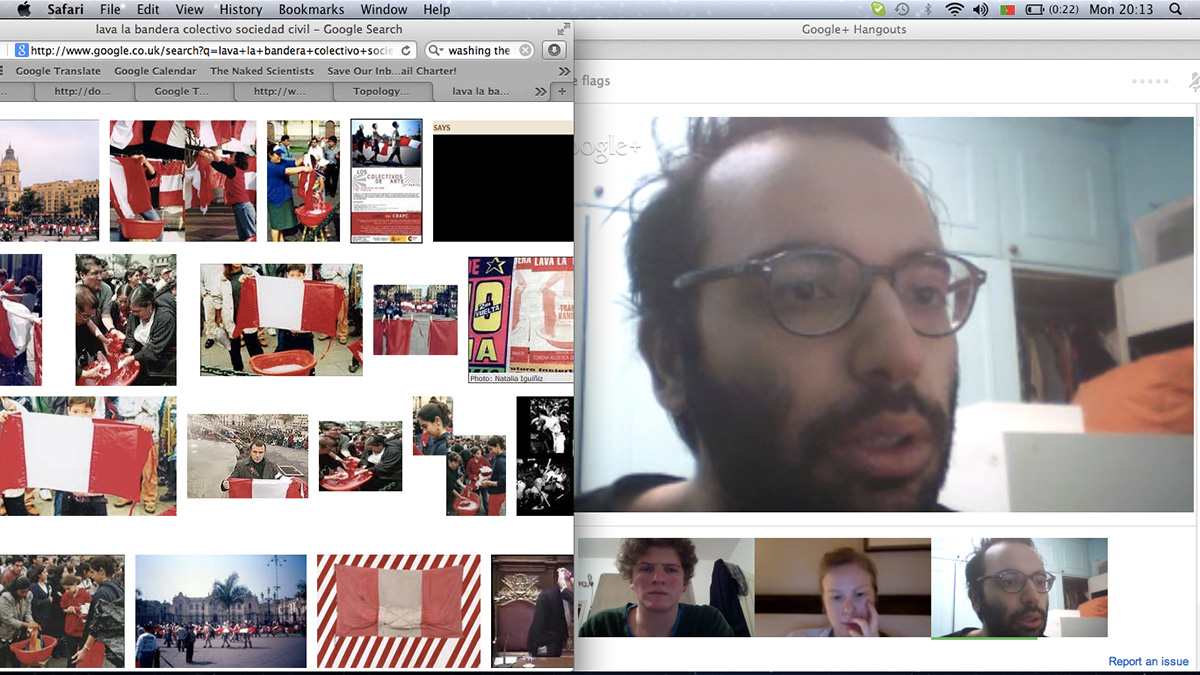