Exhibition by Bahar Sabet "Darkling Beetle is part of Mealworm's life cycle. Mealworms go through four different phases in their lifetime: Egg, Larvae, Pupa, and adult Beetle. Mealworms are a great source of protein and the most favourite food for birds, reptiles, fishes, and many other animals. Humans also use Mealworm in their food as a source of protein. Mealworms and Darkling Beetles feed on different cereals and plant's sap. Humans as the only convention-maker animal tend to produce culture. They are the only living creatures that apply to signs according to their implications. Culture forms within a variety of conventional systems. Ants, wasps, and many other insects produce instinctively, which has nothing to do with culture. Here instinctive co-operation of Darkling Beetles and cultural interfere has led to building a manufacturing structure that was made unconsciously under partly conscious control. In natural systems 'incidence' is possible to happen." Bahar Sabet Bahar Sabet (b. 1988, Tehran) studied Graphic Design in high school and received his BA in Photography from University of Tehran Faculty of Fine Arts. Since 2005 she has taken part in projects including "Tehran Photo", Herfe:Honarmand quarterly and has exhibited her videos and photographs at art galleries in Tehran. Bahar Sabet is based in Tehran and has chosen to avoid professional utilities and settled mediums in order to create forms out of formal aesthetic standards. Recently she has made works by use of the natural cycle of living creatures and time. Venue: Sazmanab (Khaghani St.) May 15 – June 4, 2015 Opening reception: May 15, 2015 – 3-10 PM 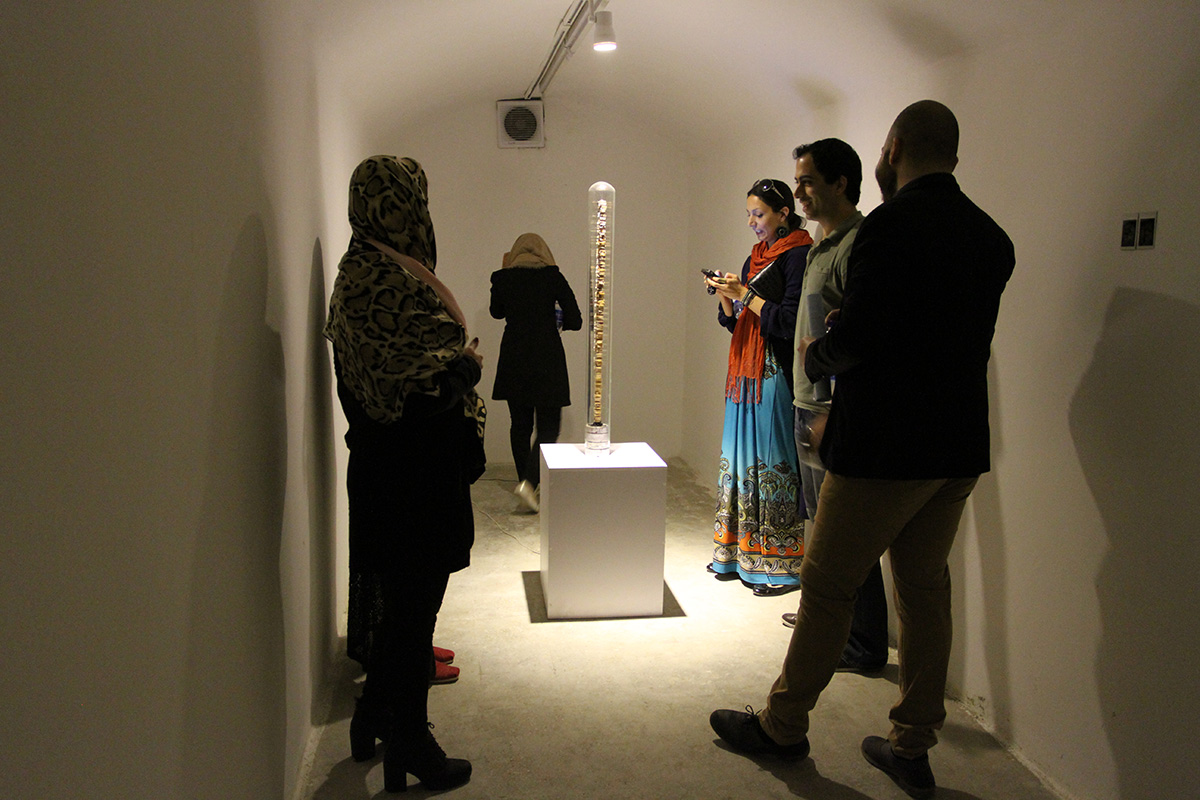 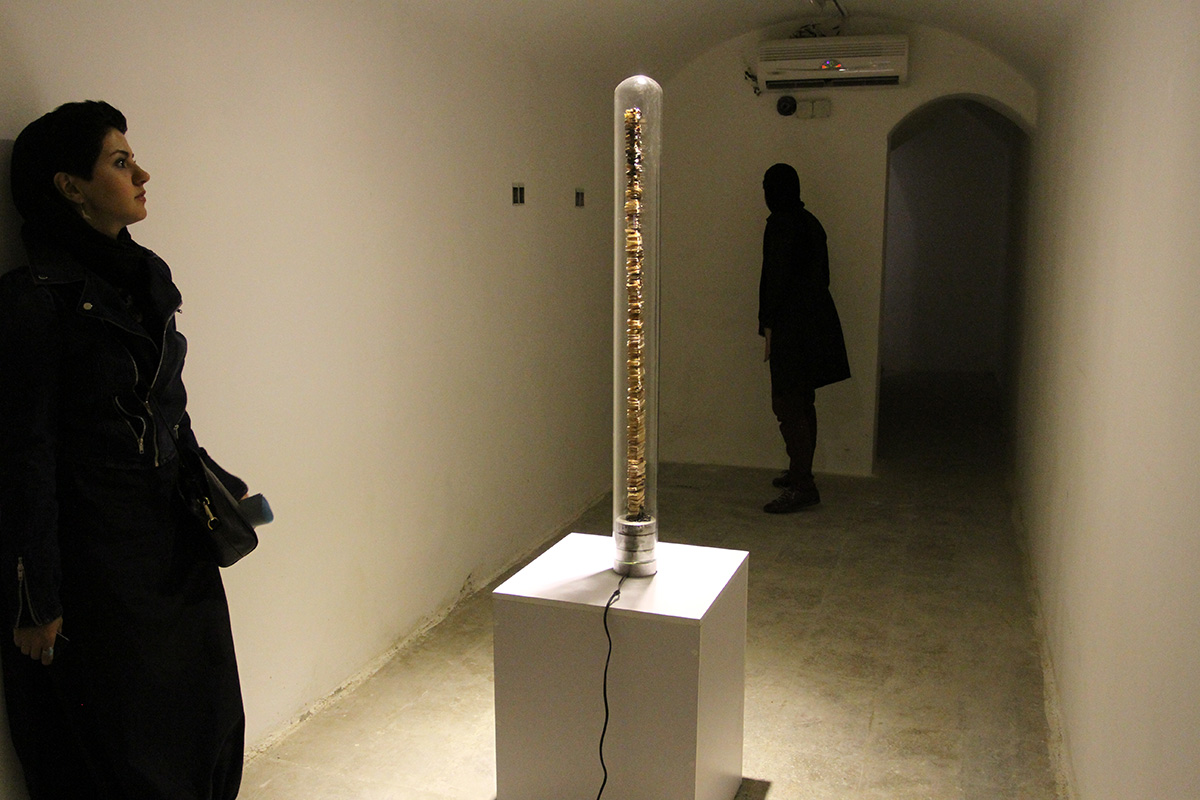 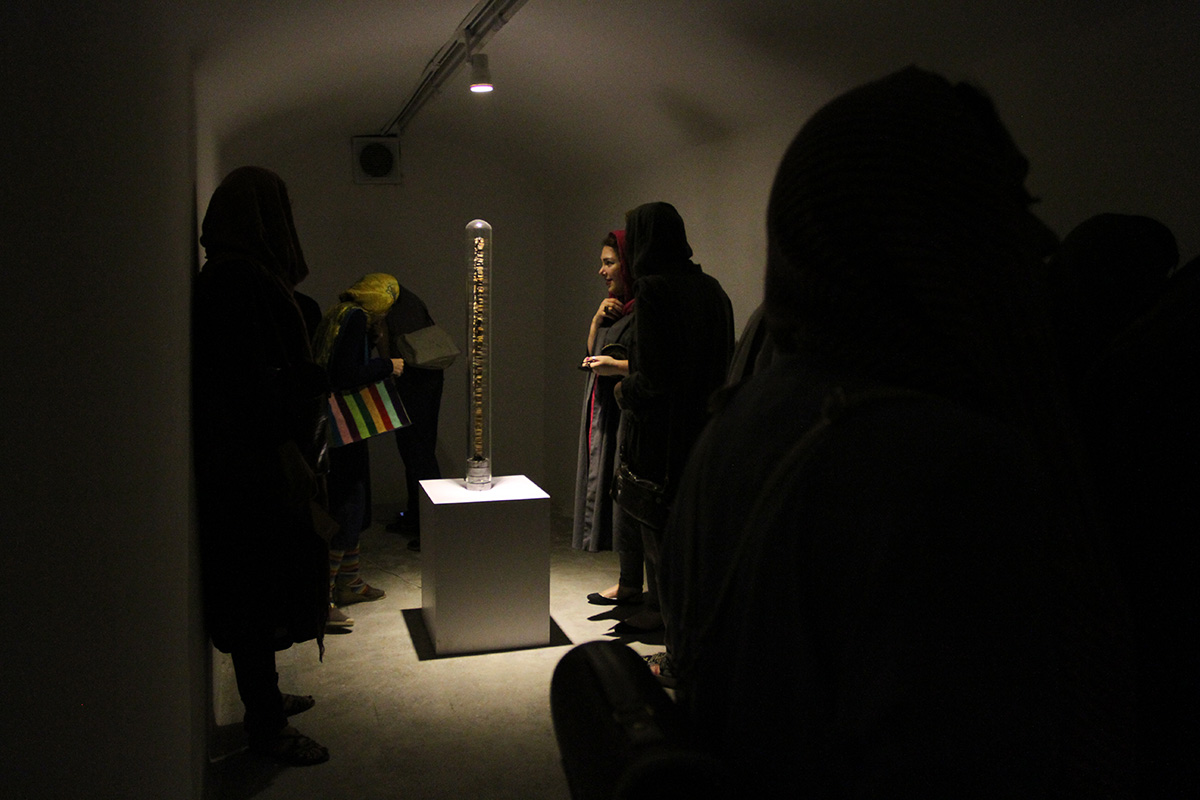