A conversation with Shirana Shahbazi

Shirana Shahbazi discussed her diverse and iterative photographic practice, in conjunction with the upcoming exhibition at the Museum of Modern Art in New York City, “New Photography 2012.” Employing the visual language of multiple genres—portraiture, still-life, landscape, geometric abstraction — Shahbazi pairs works to create ambivalent clusters of images. Her photographs have been called “nomadic and unfixed” — grouped and sequenced differently for every exhibition. Shahbazi’s works can take on many forms, moving between mediums—weavers stitch her photographs into carpets; commercial sign painters re-present her pictures as murals. She spoke about her interest in “the surface of images”; her strategies for pairing, rearranging, and reordering photographs; her engagement with the circulation of images through multiple forms; and the relevancy of art historical genres on contemporary photography. This conversation took place over the Internet between participants in Tehran and New York City. The program was curated by Ava Ansari, Ellie Bastani, and Molly Kleiman of The Back Room, and co-presented with Sohrab Kashani of Sazmanab and Culture Hub in New York. Venue: Sazmanab (Sazman-e Ab St.), Eyebeam [New York City] Tuesday, October 2, 2012 – 7:30-9 PM 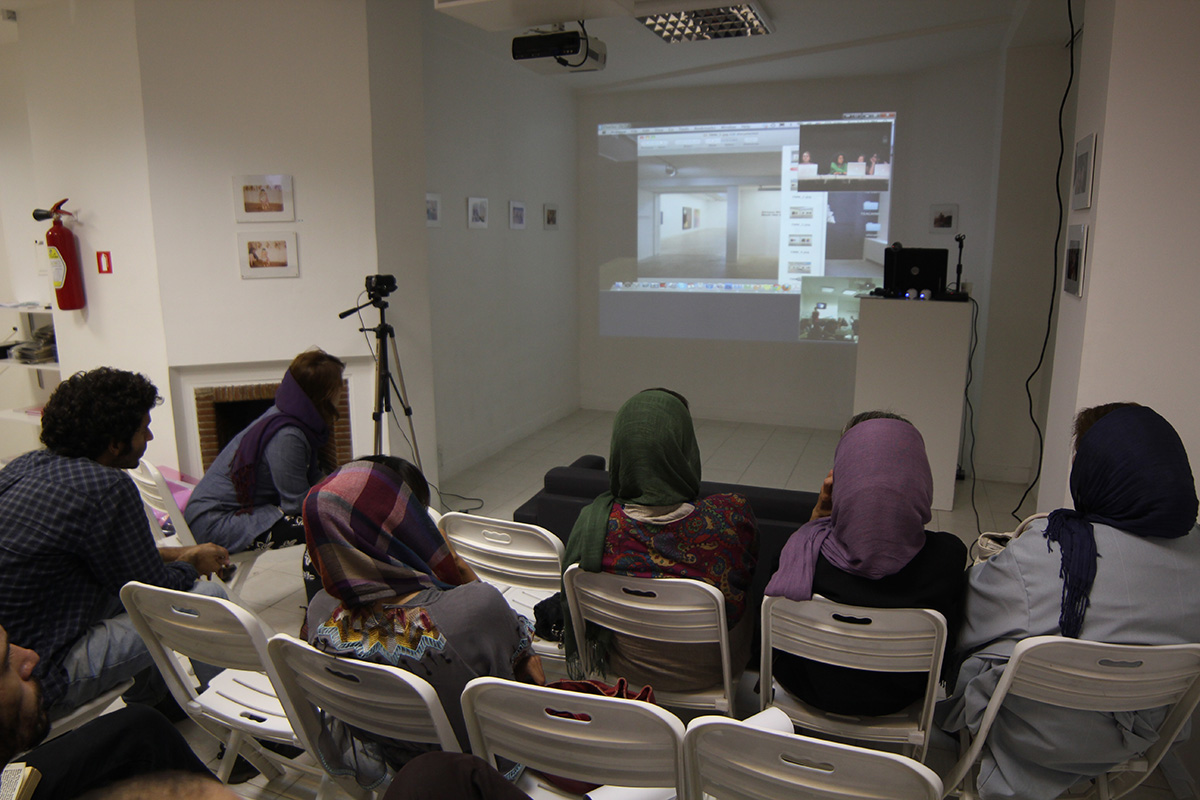 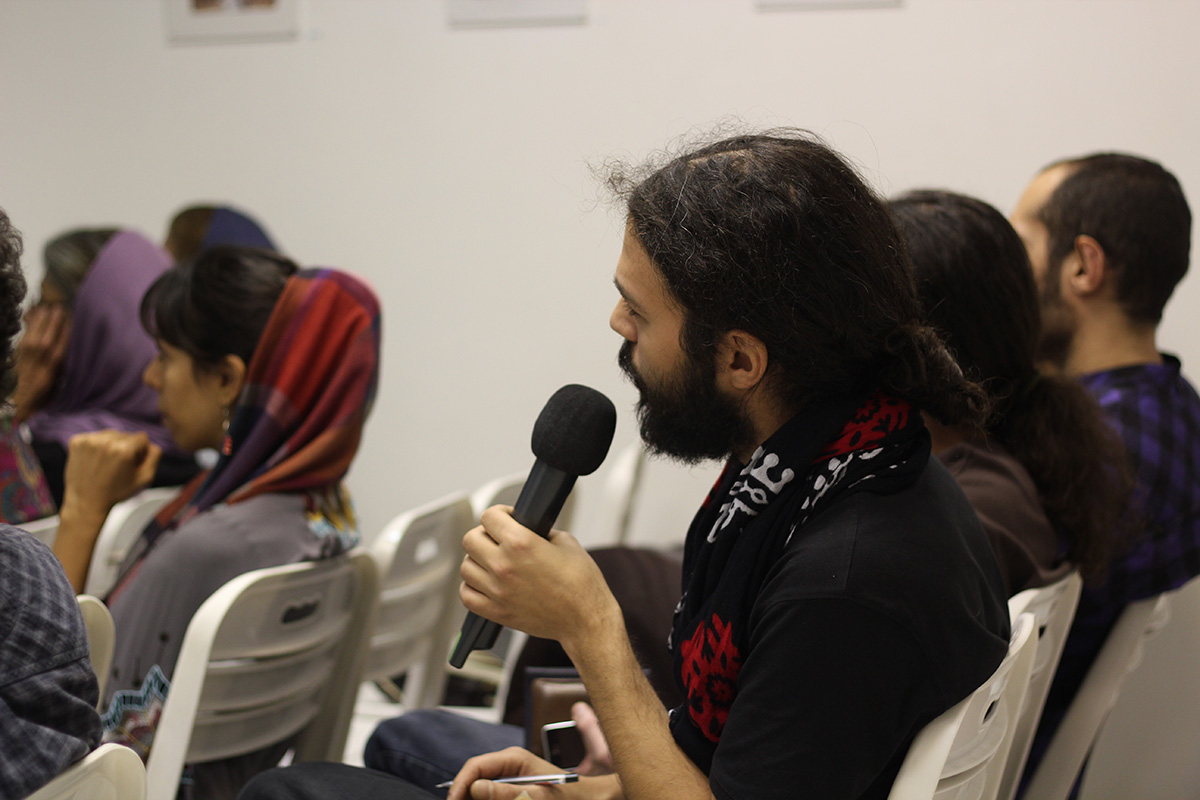